A weekly newspaper has launched a new regular supplement focusing on environmental issues affecting its patch.

Then Hereford Times has begun publishing OnePlanet, an eight-page pullout that contains a mix of news, comment and campaigning to do with green issues.

OnePlanet will initially be published monthly, but the Times is hoping to make it a weekly feature in the near future.

The first supplement, pictured below, was published last week and was also promoted on the paper’s front page. 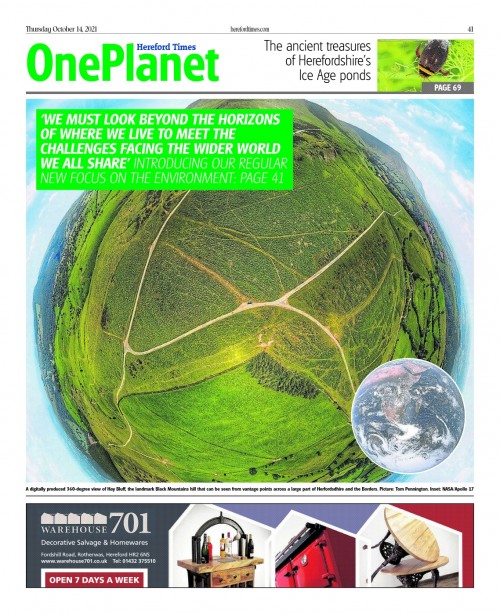 Editor John Wilson told HTFP: “Like most local newspapers we have always published stories about the environment, but we thought the time was overdue to give them more space and a higher profile.

“We believe our new eight-page monthly supplement will do that. It will contain a mix of news, comment and campaigning.

“But importantly it will also showcase the work of local people, from litter-pickers to citizen scientists, doing their bit to protect and improve the environment.

“We will also be profiling local firms working so hard and effectively to respond to the challenges of climate change.

“Although OnePlanet will initially be published monthly, we hope commercial support will soon allow us to make it a weekly feature of the Hereford Times.” 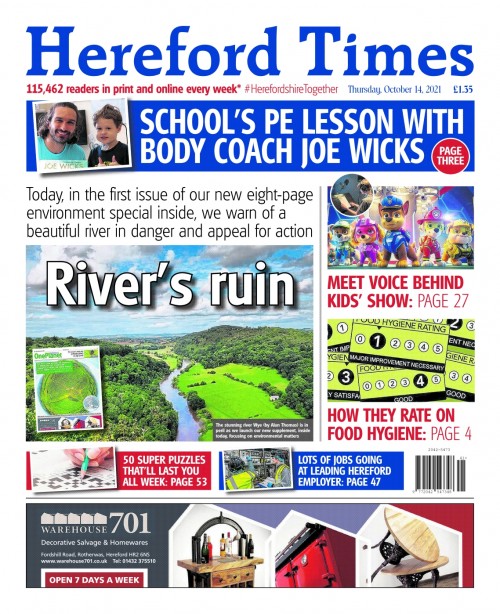