The press watchdog has rapped a regional daily because it failed to take care over the accuracy of an anonymous reader’s comment.

The Independent Press Standards Organisation has upheld a complaint against the Oxford Mail after it allowed the comment, which wrongly linked a triple murder to a Black Lives Matter rally, to remain on its website for two months.

In 2018, IPSO ruled it was “neither reasonable nor desirable” for editors to be expected to verify all facts featured in readers’ letters to their newspapers.

But in this case, the watchdog found the online comment “represented a significant inaccuracy” after it was allowed to remain online. 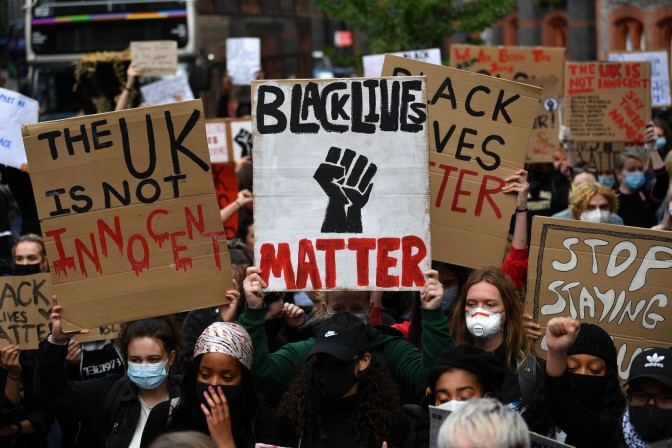 The comment in question, posted in July last year under a story headlined ‘Hundreds of the ‘most dangerous’ guns owned in Thames Valley’, stated knives should be banned in the UK, “[e]specially ‘dangerous knives’, like the one used by the refugee BLM supporter, who murdered three and injured three more members of the LGBT community, in a Reading park last month following a BLM rally”.

The regulation of reader comments on a publication’s website falls within IPSO’s remit when there is a possible breach of the Editors’ Code of Practice, and where it can be shown that the comment has been subject to some level of editorial control either through pre- or post-moderation.

Complaining under Clause 1 (Accuracy) of the Editors’ Code of Practice, John Wadeson said the comment fell within IPSO’s remit as he had reported the comment to the publication three times on the same day as the comment was published – first by using the website’s comment reporting function, and then via a Facebook message and an email to the editor – but did not receive a response.

Mr Wadeson said the comment was inaccurate because police had released a statement making clear that the stabbing was not related to the BLM rally which had occurred in the same park earlier that day, and there was no indication that either the attacker or the incident was linked to the BLM movement or organisation.

In response, the Mail said the comment was clearly distinguished as a reader comment and there was no suggestion it had posted the remark itself or endorsed the views expressed in it.

It believed website users would, therefore, be aware that the comment was the opinion of the commenter, and not necessarily a verified statement of fact.

The Mail also said that it did not consider the comment under complaint to be inaccurate because it did not agree that the police were in a position to make a statement of fact regarding the attacker’s motivations and political affiliations, and that neither the original commenter, Mr Wadeson, nor the police could say for certain whether the attacker was a “BLM supporter” until the matter was discussed and adjudicated by the courts.

While the Mail did not accept that the Code had been breached, it removed the comment under complaint, banned the user, and turned off the comments function on the story in question.

It took these actions two months after the comment’s publication, and one month after IPSO made the Mail aware of Mr Wadeson’s complaint.

The Mail said it had not been aware of the comment due to staffing issues brought on by the coronavirus pandemic, but had taken action once it became aware of it.

However, IPSO found the Mail had been given sufficient notice that the comment may raise a possible breach of Clause 1 and had not taken care over the accuracy of the comment.

The police had released a statement that made clear the stabbing had no connection to the BLM movement or organisation, and the Mail had supplied no evidence which refuted the police’s statement.

As the comment remained online for a month after the latest point where the Mail should have been aware of its existence – after IPSO contacted it to inform it that the comment may breach Clause 1 – the Committee found it had not taken care over the accuracy of the published information.

The inaccuracy related to a serious crime which led to the deaths of three people, and the attribution of a motive to the perpetrator of the crime.

IPSO said it was an event which had an impact not only locally, but nationwide, and that linking the crime to BLM when police had made an explicit statement to the contrary represented a significant inaccuracy.

In addition, the Committee found the removal of the comment under complaint and the banning of the user did not represent a correction of the significantly inaccurate information.