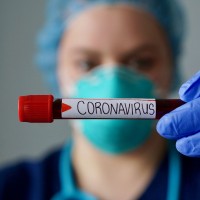 The press watchdog has rapped a regional daily after ruling it identified a school staff member who tested positive for coronavirus.

The Independent Press Standards Organisation has upheld a complaint against Blackpool daily The Gazette by the woman in question, finding information it had published in a story had breached her privacy.

The Gazette initially argued there was a “widely held understanding” among the community that the staff member had tested positive at the school, which was attended by the children of one of its journalists, and that the test result was the “only topic of conversation amongst parents”.

But the newspaper later apologised for the distress caused to the woman and consequently decided to revise its approach to the reporting of positive Covid-19 cases as a result of the incident.

The story under complaint reported that a class bubble at a named school had been told to self-isolate for 14 days after “a staff member in a Year One class” tested positive for Covid-19, adding the headteacher had told parents a “member of [the] school community” had tested positive for the virus.

Complaining under Clause 2 (Privacy) of the Editors’ Code of Practice, the woman told IPSO that although she was not named in the article, she considered she was identifiable as the staff member who had tested positive for Covid-19.

She said the result of her test had not been common knowledge within the school community before the story’s publication and believed The Gazette’s decision to refer to her as “a staff member in a Year One class” rendered her identifiable because there were only two members of staff for that year.

Given that she was absent from work prior to receiving her test results, it would be clear which staff member was being referred to – an assertion she believed had been confirmed in subsequent conversations with parents at the school, who suggested they had been unaware of who had tested positive until they read the story.

Furthermore, the staff member said she had been identified as the subject of the story by a neighbour, who was unconnected to the school, causing her further distress while she was dealing with the long-term effects of the virus.

The Gazette accepted the story could identify the woman to members of the school’s community but denied a breach of Code.

The paper told IPSO it was a “widely held understanding” within the community prior to the publication of the story that the woman had received a positive test result, because her class had been sent home and placed in isolation, while the journalist who wrote the story said the positive case, and their identity, was the “only topic of conversation amongst parents”.

The Gazette denied the staff member could be identified by those in the wider community, given that it did not name her or provide further details about her, and suggested an “intimate knowledge” of the school was required to deduce who the specific staff member who tested positive for Covid-19 was.

It accepted the official communication from the school’s headteacher to parents referred to a “member of the school community” and did not specify whether the individual who had tested positive for Covid-19 was a pupil or member of staff, but argued this still left a “shadow” of rumour and supposition amongst parents at the school.

The Gazette further argued there was a clear public interest in the reporting of Covid-19 cases, particularly in educational settings, in order to protect vulnerable members of society, adding it had a responsibility to inform the community during a public health emergency of the risk of wider infection, what actions had been taken to mitigate against this and where the potential risk came from and which children may have been potentially exposed to the risk.

However, after being contacted by the woman, the paper had amended the article online as a gesture of goodwill within 24 hours of the story publication.

During IPSO’s investigation, The Gazette apologised for the distress caused and said that the concerns raised had prompted it to reflect upon and consequently revise its approach to the reporting of positive Covid-19 cases, stating reporters were now required to contact employers in such circumstances prior to publication.

IPSO found the story included sufficient information to identify the woman as the recipient of the positive test result because it identified the school, the year group and the fact she was a staff member when only two individuals could meet this description.

Coupled with her absence from school, the Committee found this was sufficient to identify the woman, who had a reasonable expectation of privacy over a matter relating to her health, to people who already had some knowledge of her role within the local community.

IPSO noted The Gazette was entitled to make its own assessment about what was in the public interest, but believed it had not provided sufficient justification for its decision to include additional information about the woman’s role in the school by which she could be identified, given the steps that had been taken by the school to address the potential risks.