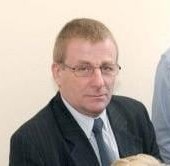 A former chief reporter who went to ‘live the good life’ in the South of France after retiring from his job has died.

Journalists at the Cumbernauld News and Kilsyth Chronicle received the news last week that their former chief reporter Neil Smith had passed away, four years after leaving the newspaper.

Neil, pictured, had retired from the paper in 2017 and had gone to live in the Charente-Maritime in Southwest France with wife June, restoring a run-down property as their new home.

According to a tribute piece in the paper: “It was first a holiday home, then a permanent bolthole when Neil and June left Scotland for good to live the life they had long dreamed of.”

Neil started out in journalism on the Falkirk Herald in 1972 and was in his mid-60s.

He said: “Neil was a huge help to me when I was appointed editor of the Cumbernauld News and his knowledge of the area and vast array of contacts were invaluable.

“He had previously worked in the case room – where the company’s newspapers were formerly prepared for publication – and I could always count on him for help with pages as the News deadline hurtled towards us.

“However what I will miss most is his dry-as-a-bone sense of humour – sometimes mistaken for taciturnity by those who didn’t know him – and his stories of his case room days which would often leave me helpless with laughter.

“In newspaper parlance Neil was “a good operator” and I can think of no finer tribute to him.”

Another former editor Jackie Mitchell said: “Neil was an extremely capable colleague, an old school journalist who shared his local knowledge with generosity. He will be much missed.”

And Cumbernauld News reporter Clare Grant who worked with Neil for more than 15 years added: “Neil had had a very downright nature. He just said what he thought.

“He had a gruff exterior. Yet he could be suave, capable of sensitivity, generosity and a kind word in the bad times.

“I see Neil as a very big part of the fabric of our newspaper which he has left an indelible impression on.”