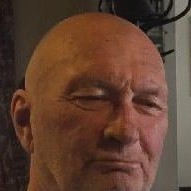 Tributes have been paid to an “unconventional reporter” who served a weekly newspaper for many years.

John Eccles worked on the  Sussex Express, where he was well known for his ‘Rouser’ columns.

In tribute, the Lewes-based Express reprinted a number of the columns earlier this month following his death.

Former colleague Jonathan Harwood described John as “a very ‘old school’ reporter who sourced most of his stories in pubs rather than the usual beat.”

Said Jonathan: “He was an unconventional reporter but somehow it worked for Lewes and Express. He preferred a good yarn to a standard news story.

“He respected people who wrote the Parish Pump and I remember him recently asking me to track some down and pass on his regards.”

Former Express editor Peter Austin added: “John was devoted to Lewes and reported life and events in the town assiduously and accurately across four decades.

“He was eccentric, hopeless with modern technology, totally averse to any assignment beyond Firle or Barcombe, but great fun to be with – particularly over an after-work pint. He’ll be greatly missed.”

Current Express editor Lesley Hixon said: “Although I have heard much about John Eccles over the years, our paths crossed only once, at Norman Baker’s election count in Lewes in 2001.

“I was a wide-eyed cub reporter from a rival title and he was the ‘seen and done it all’ hack from the Express.

“Locked in together from 10pm until the result was declared at around 5am he spent the entire night teaching me how to play poker. I liked him enormously.”