Town to get new print title in reverse-publishing venture

A news website set up four years ago to serve a town without its own dedicated newspaper is to go into print from next month.

Experienced local journalist Paul Gibson set up the Hailsham News as an online-only title back in 2017.

Now he is moving into print publishing by producing a monthly free newspaper to be delivered to 7,000 homes in the East Sussex town.

The first edition, a mock-up of which is pictured below, will hit the streets on 1 October. 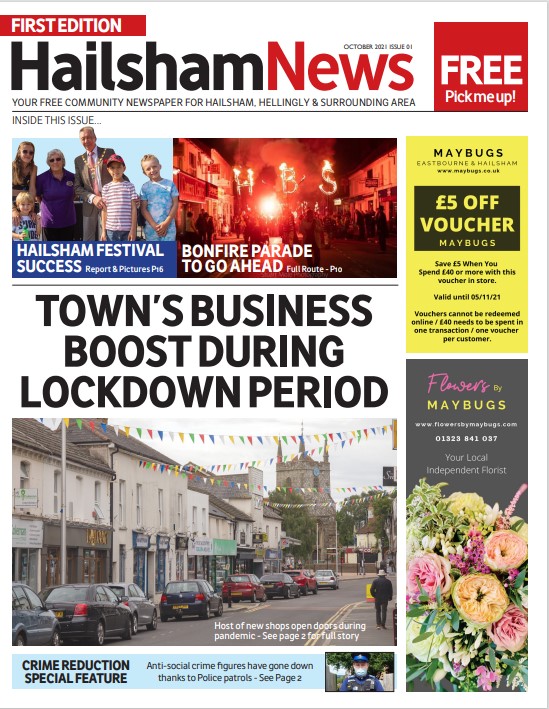 Paul told HTFP: “Although many say print is dead, I’m 100% sure a free, community newspaper for the town will be well received. We’ve already booked a large number of ads in the first edition.

“Many of the local supermarkets have agreed to have distribution bins in store and the newspaper will initially be delivered door-to-door every month.”

Paul gew up in Hailsham and has enjoyed a 30-year career in local and B2B media, having previously worked for the Eastbourne Herald as well as in local radio.

After moving back to the town in 2016, he swiftly saw the potential for a hyperlocal news website.

He said: “I was devastated to see the lack of media coverage in the town. The town is growing rapidly with around 22,000 residents, and new developments springing up everywhere.”

“Around this time, I inherited a locally focussed Facebook group which grew rapidly and is now just shy of 17,000 strong.

“This triggered the local journalist in me and saw some great stories coming through the group from residents that would be fit for the press.

“So, I created a website so I could pick up on these and give them the coverage they deserved. The website was soon receiving great amounts of traffic and started to generate a small income from advertisers. This year alone, we have received more than 300,000 page impressions, and in 2020, a it received 425,000.”

During the pandemic, Paul also helped relaunch bi-monthly local lifestyle magazine The Hailsham Eye alongside a local publisher who was looking to expand the magazine.

Before moving back into local news, he launched The Chauffeur Magazine – a national publication for the UK’s chauffeur and limousine industries – which is still running online.