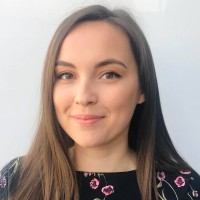 Two councils have refused to reveal details of a contract under police investigation – despite accepting it is in the “public interest” to do so.

Porthcawl Town Council rejected a Freedom of Information request from local democracy reporter Hannah Neary after she questioned the circumstances which led to a company run by councillors being given a £7,000 maintenance contract.

An appeal made by the Local Democracy Reporting Service was then rejected by Bridgend County Borough Council, although it did reveal the contract is being investigated by police.

Hannah, who covers Neath, Port Talbot & Bridgend for the BBC and Wales Online under the scheme, has been looking into the issue for a number of months.

Her FoI request included questions on whether the contract, for maintenance of a subway, was put to public tender, as well as where and how it was advertised.

Audit Wales, which is responsible for auditing public sector accounts in Wales, asked South Wales Police to look into the council’s accounts.

Charlotte Branford, Bridgend County Borough Council’s information and data protection officer, said in her response to Hannah: “I accept that there is a public interest in disclosing the information particularly in the local area; however I consider it reasonable in the circumstances to withhold the information as the report containing all the information requested will certainly be published at a future date.

“Disclosure at this time is likely to prejudice the on-going investigation by Audit Wales.

“The matter on which you are requesting information is currently subject of a police investigation.

Hannah, pictured, told HTFP she believed the authorities had acted in an “unreasonable” way over the issue.

She said: “It just baffles me really. I know there’s an exemption clause about not having to publish something if it’s going to be published anyway, but over the last few months their behaviour has been suspect.

“We weren’t convinced and think there’s a larger public interest in this being published.”

Hannah added: “We’ll be keeping our ears and eys peeled to see if we can get anything more.”