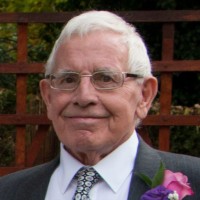 A former regional daily sub-editor who spent almost half a century in the industry has died aged 86.

Tributes have been paid to Roy Roberts, who worked at titles including Wolverhampton daily the Express & Star and the Birmingham Mail.

Roy, pictured, began his career as a 15-year-old apprentice on the Walsall Times in 1949, later moving to the Dudley Herald as a reporter based at its offices in West Bromwich and Wednesbury.

He joined the Express & star in 1958 as a district reporter based at its Bilston and Wednesbury offices, later moving to its head office in Wolverhampton where he spent six years as a sub-editor.

Roy then moved to the Mail, where he also reviewed amateur dramatic performances remained until his retirement in 1997.

Former Express & Star picture editor Geoff Wright told its sister title the Shropshire Star: “I worked with Roy when we were both at the start of our journalistic careers, he then worked on the Midland Chronicle, which was part of the Dudley Herald.

Roy, who died on 27 December at Princess Royal Hospital in Telford after a period of illness, was married to Marion for 41 years.

He also leaves a stepson, Stuart and stepdaughter Lindsey.