Stolen plaque returned to rightful owners thanks to daily

A stolen plaque has been returned to its rightful owners thanks to a daily newspaper.

HTFP reported in May how the plaque remembering the Belfast Blitz was taken from the former Belfast Telegraph building less than two weeks after the 80th anniversary of the event was commemorated.

The memento was later handed into the Irish News by bar manager Andrew Garrett at the request of a man who said he had found it.

The Belfast-based News has now in turn given the plaque to Belfast Lord Mayor Kate Nicholl on behalf of Belfast City Council, which is one of the new owners of the Bel Tel’s old Royal Avenue building. 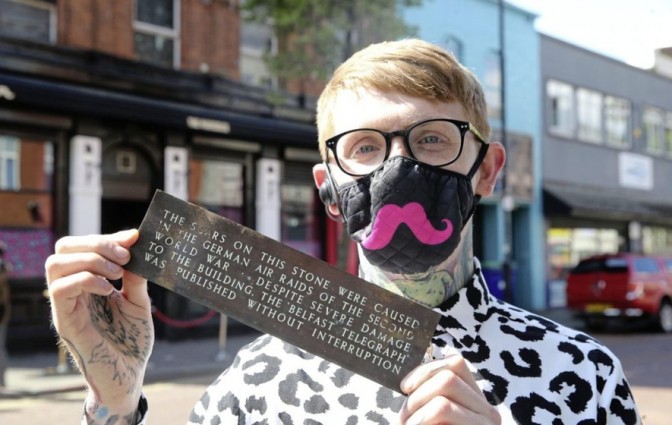 Andrew Garrett with the plaque

Irish News editor Noel Doran said: “I am delighted that the lord mayor was able to accept the return of the historic plaque which in many ways symbolises the close relationships within the Belfast newspaper industry.”

“The Blitz is a tragic part of our city’s history and having this plaque displayed on one of Belfast’s most iconic buildings provides important recognition of all those who sadly lost their lives during that event.”