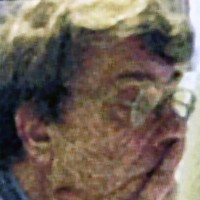 Tributes have been paid to Mike Bristow, who ran the sportsdesks at the Wiltshire Times and at times its sister paper the Wiltshire Gazette & Herald.

Mike, pictured, joined the Times as a teenager and began his career as a news reporter.

He later moved into sport but continued to cover Trowbridge Town Council for the newspaper well into the 1980s.

Later in his career, the sports department was expanded and he was responsible for selecting and training reporters.

Former Wiltshire cricketer Neil Shardlow, who Mike persuaded to write a column for the papers for several years, told the Times: “I formed a sporting bond with Mike when he was working as sports editor for the Wiltshire Times and got to know him well throughout my cricket career covering both Corsham and Wiltshire cricket and also local football.

“Mike was an extremely friendly, funny chap and we had many laughs together discussing the matches and sport in general and he always had the interest of local sport at heart.

“RIP Mike and my condolences to his family.”

Manny Schneider, who has provided copy on local level football for several leagues for the papers for many years, added: “Mike was a great bloke, so friendly and always had the time to explain to you what was wanted and how to submit copy.

“I used to spend hours with him in the office helping him get match and league reports, tables and so on, ready.

“I think we all know and realise that sport in local papers is not the same now as it was when he was there, and regret it, but what he did for the sporting community can never be replaced and should not be overlooked.”

Mike left the papers “with deep regret” in 2009 following a merger between their editorial departments.

He was married twice, firstly to Celia, which ended in divorce, and then to Christine.

Mike, who died on 22 January, is survived by Christine, a brother, daughter Emily, stepchildren and a grandchild.