Service connecting journalists with interviewees made free for charities 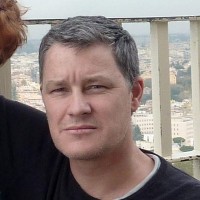 A service that puts journalists in touch with relevant organisations is to become free for charities.

Dot Star Media has announced it will not charge UK and Irish registered charities that are unable to pay for its services.

The service will be free of charge to the first 1,000 qualifying charities registering.

“Charities (especially smaller ones) are often denied a voice because they can’t afford the fees for traditional media request services.

“By offering Dot Star Media free to registered charities, we want to make a difference to as many people as possible.”

His fellow co-founder Jonathan Tullett said: “Right from the beginning, we pledged a percentage of Dot Star Media’s profits to green causes, because we want to build a socially and environmentally conscientious organisation.

“I strongly feel we should always be trying to do more and this is another step towards that goal.”