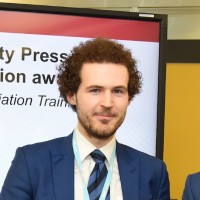 A court reporter has successfully fought to expose a councillor convicted of child cruelty against her own son.

Charlie Moloney convinced a judge to overturn an order protecting Shammi Akter, who abandoned her four-year-old son at home.

Milton Keynes magistrates had made an order under Section 45 of the Youth Justice and Criminal Evidence Act of 1999, giving anonymity to the boy.

This left the press in a position where they could either report that Akter had been sentenced for child cruelty but not say that the child was hers, or report the facts of the case without naming Akter to preserve her son’s anonymity.

Charlie, from Hyde News & Pictures Agency, applied at sentencing to Judge Catherine Tulk to lift the order on the basis that it placed a “substantial and unreasonable restriction” on reporting.

In his application to Aylesbury Crown Court, Charlie noted the fact the Labour councillor was due to appear in court faced with a child cruelty charge had already been published in the Milton Keynes Citizen on two occasions last year, though those stories had not revealed that the child victim was Akter’s own.

Akter, who represents Woughton and Fishermead ward on Milton Keynes Council, had admitted one count of assaulting, ill-treating, neglecting or abandoning a child to cause unnecessary suffering or injury on 3 November last year.

Charlie’s argument centred on the High Court case of Lowestoft Labour councillor Teresa Gandy, who had been caught drunk in public with her two-year-old daughter and unsuccessfully tried to force Lowestoft Magistrates’ Court to make an anonymity order for her child in March 2013.

Charlie, pictured, said in his application: “The defendant is a public figure carrying out an elected role, representing thousands of people in Milton Keynes. The electorate have a right to know about her criminal convictions.

“The link between this defendant and her son is an essential fact of these offences which will be central to any meaningful reporting.

“We submit it would be wholly artificial to report that this defendant, Ms Akter, has been sentenced for cruelty to a child without saying the child is her own.”

Elise Jeremiah, defending Akter, opposed Charlie’s application, arguing the public had already been informed by reports in the Citizen which said Akter was charged with the offence.

“This is a single parent who relies on the fees of her income from being a councillor. If she were to lose her position as a result of the press generated in this case, that would have a direct impact upon her and more generally her child.

“The detriment to her and her child outweighs the public interest argument in generating press or reporting.

“He [the boy] is at school, there could be a knock-on effect to him should anybody else know and it was fed to him in an unpleasant and insensitive way.”

Judge Tulk lifted the order by making a an excepting direction under section 45, sub-section 5 of the YJCEA 1999, but ruled the child or his father could not be reporter.

She sais: “Ms Jeremiah has conceded that It would be wholly inappropriate and misleading if any report of this case were to give the impression that the child who is the victim of the offence to which Ms Akter has pleaded guilty is a child from a family other than her own and I agree with that.

“The Section 45 direction is designed to protect the child, it is not designed to protect the parent of the child from having the matter reported and it is clearly important both under Article 10, Freedom of Expression and under the principles of open justice that the citizens of Milton Keynes should be told that their councillor has behaved in the way in which she has behaved.

Akter was sentenced to eight months imprisonment, suspended for 18 months and ordered to carry out 150 hours of unpaid work and wear an electronic monitoring tag between 7pm and 6am for six months.

Charlie said: “This is a desperately sad case for all involved, my heart goes out to the boy and his entire family.

“Voters have the right to know about the criminal convictions of their politicians, so they can make an informed choice when they go to the ballot box.

“If it ever emerged that the details of this offence were hidden by an arm of the state, even if it were for a good reason like this child’s welfare, that would fatally undermine public confidence in our democratic system, so I applaud the judge’s decision in this case.”