Reporter who went on to join police dies aged 53 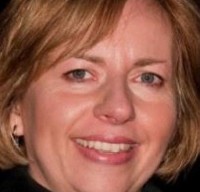 A regional daily journalist who went on to become a police sergeant has died aged 53 after battling cancer.

Tributes have been paid to Georgina Stephens, who worked as a reporter for both the Scunthorpe Evening Telegraph and Hull Daily Mail.

He told the Mail: “It is with respect for a valued colleague and friend that we pay tribute to Georgina Stephens.

“Georgina was for many years part of the policing family, dedicating her police career to protecting the most vulnerable people in our communities from harm.

“It was with deep sadness that we received the news of her untimely death and she will be greatly missed.

Georgina is survived by her husband Jonathan, a former police officer, daughter Mia, 10, and step-children James, Sarah, and Jeremy.

Her mother Joan is due to mark her 100th birthday in February.