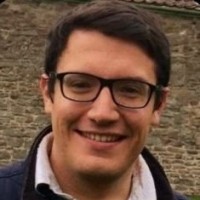 A reporter has hit out at council secrecy after his attempts to find out how councillors voted on plans for a new by-pass were branded “populist divisiveness”.

Carmelo Garcia, a BBC local democracy reporter based at the Hereford Times, has hit out at members of Herefordshire Council after a number of them refused to say which way they voted on the scheme.

Councillors did not call for a named vote on the issue meaning it effectively became a secret ballot – prompting Carmelo subsequently to contact every member of the council to ask which way they voted.

The full council voted last month to stop the progress of a proposed western Hereford bypass and the authority will now instead explore the possibility of a new road to the east of the city.

On the day, a total of 27 councillors voted to axe the scheme, while 19 voted in favour of it and six abstained.

However it was not disclosed how individual councillors voted and when The Times contacted members to find out, their answers did not tally with the recorded vote.

Four councillors either declined to say which way they voted or did not respond, while only one councillor said they abstained.

Councillor Jenny Bartlett, who did respond to the Times, said she had no problem with people knowing how she voted but felt a story telling the public how councillors voted was “populist divisiveness” and a “disingenuous way of pretending to support democracy”.

Speaking to HTFP, Carmelo, pictured, said: “I was surprised to get so much resistance from some councillors when I asked how they voted on what is probably one of the biggest decisions they will ever make for Herefordshire.

“They should be aware that in a democracy the people have a right to know how their elected representatives make decisions on their behalf.”

“Incredibly, one councillor accuses us of ‘populist divisiveness’. Pardon us for asking.”