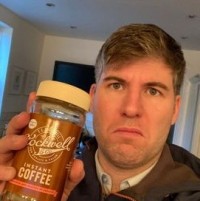 A reporter “failed miserably” after setting himself a challenge of living on Universal Credit for a week.

Hull Daily Mail journalist Gregory Ford was tasked with doing a weekly shop on a strict budget and, after working out outgoings, was left with just £21.21 for seven days’ worth of food.

Gregory’s allowances meant he had to make do with tomato mascarpone pasta twice, curry twice and fishcakes twice for his main meal.

In a first-person piece, Gregory, pictured, described the challenge as “harder than I’d imagined”.

He wrote: “I couldn’t afford to be living like that on the budget I had which I think led to my downfall on the final day.

“After a week of strictly adhering to the regime I think my brain was desperate for a bit of serotonin, I thought I could fit a couple of beers into the excess budget I’d planned for.

“Reader, that budget was decimated within hours and to make things worse and to my absolute shame, I bought a pizza on the way home.

“Just like that and it is all gone, every buffer, every extra bit of cash for more expensive items, part of the fuel budget, all gone in one evening.

“That is the difference, while I can enjoy going out on a Friday for a couple of drinks and not worry about that portion of chips on the way home, for someone else that would be the difference between being able to eat well the next week and not.”

Gregory undertook the weekly shop at Tesco and now plans to do the same at Aldi and Heron for comparison in the coming weeks.