England last night overcame a 55-year hoodoo to beat Germany in a knockout competition for the first time since the 1966 World Cup final.

Their 2-0 win means the team will now face a quarter-final against Ukraine in Rome on Saturday night as the delayed Euro 2020 tournament progresses.

The Western Daily Press was among the titles to splash on the win this morning, with goalscorer Raheem Sterling pictured on its front page. 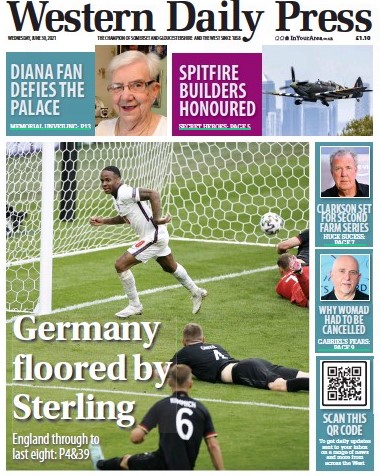 The Yorkshire Evening Post ran with the headline ‘Hear them roar’, in reference to the team’s ‘Three Lions’ nickname. 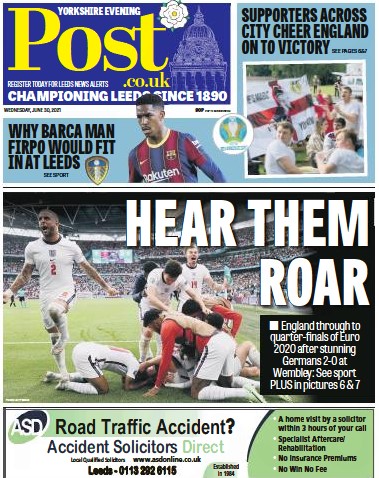 Portsmouth daily The News highlighted the ‘Europhoric’ scenes from one pub on its patch. 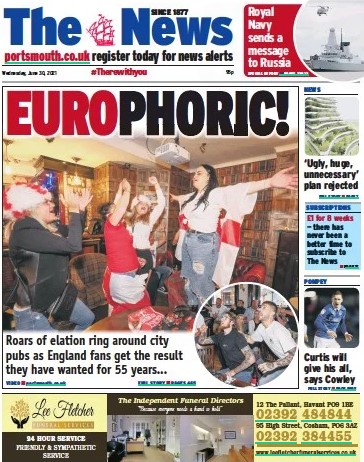 And the Northern Echo, whose chief sports writer Scott Wilson covered the game from Wembley Stadium, dubbed the victorious team ‘The history makers’. 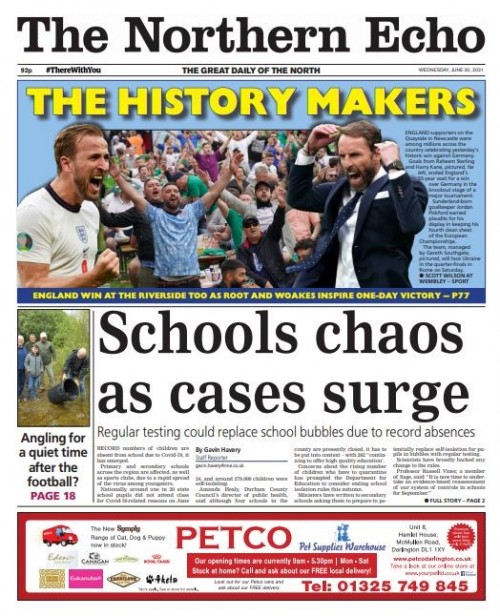