Regional press titles have splashed this morning on the “agony” of England’s defeat in football’s Euro 2020 final.

Italy were crowned champions of Europe after a 3-2 victory on penalties at Wembley last night.

The two sides had been inseparable after extra time following a 1-1 draw after 90 minutes.

Bukayo Saka missed the decisive penalty, and an image of him being hugged by England manager Gareth Southgate provided a front page image for newspapers including Newcastle daily the Journal and the Coventry Telegraph this morning. 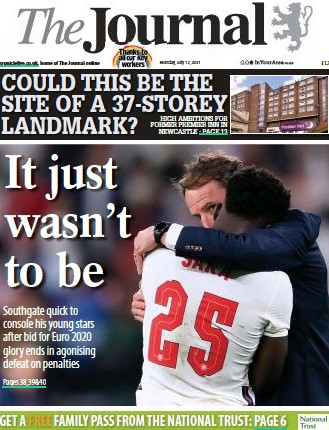 Mr Southgate had himself gone through similar in his playing days, having missed a penalty against Germany in the semi-final of Euro 96. 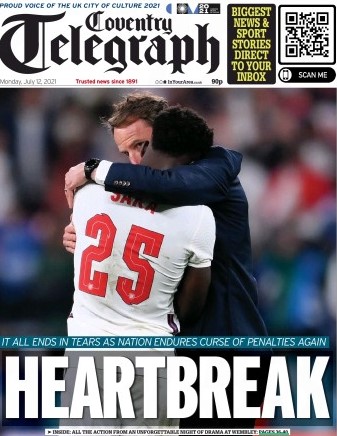 An image of him consoling another of the unlucky penalty takers, Jadon Sancho, was used by the Swindon Advertiser. 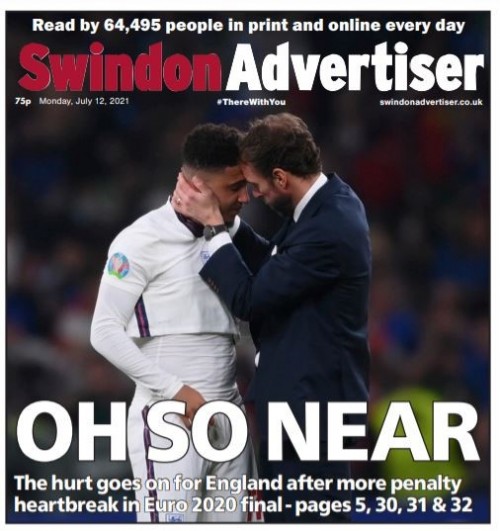 The Lancashire Post, Manchester Evening News and the Northern Echo splashed on the theme of pride in the players. 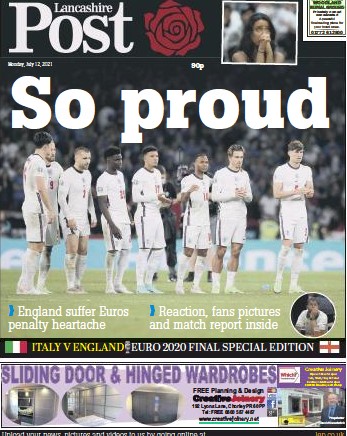 Manchester United’s Luke Shaw had scored England’s goal after just two minutes, while his club teammate Marcus Rashford was another to miss a penalty in the shoot-out. 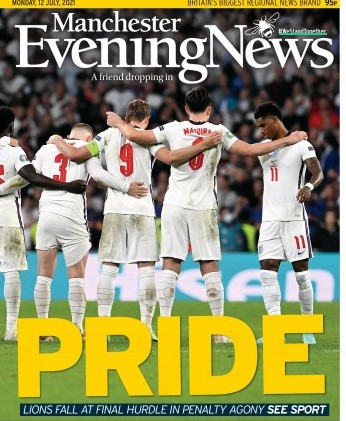 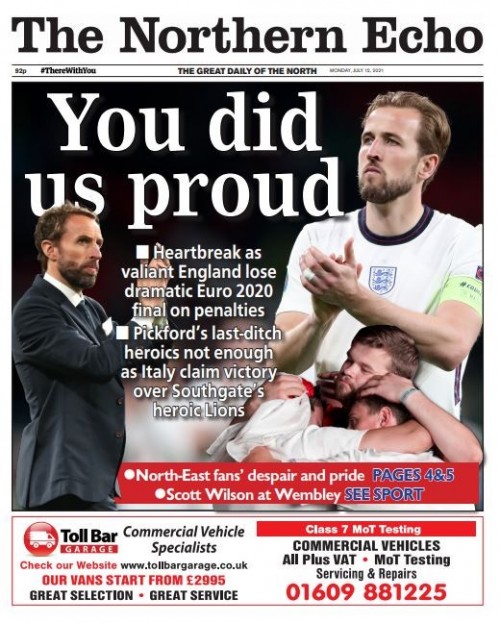 An image of Mr Rashford being consoled was used by the Oxford Mail. 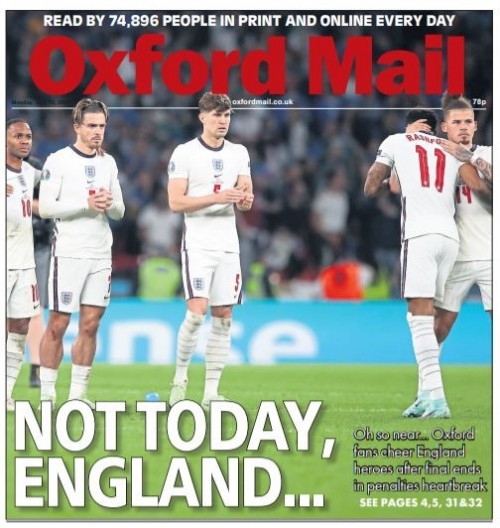 Portsmouth daily The News shared its particular pride in England midfielder Mason Mount, who hails from its patch. 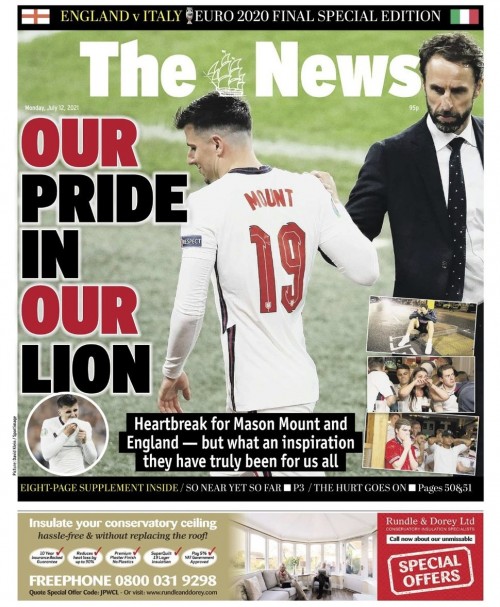 The Wigan Post highlighted the agony faced by fans on its patch after the result. 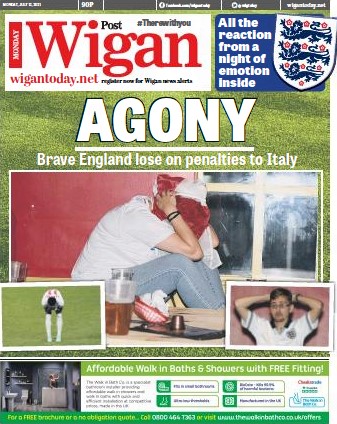 But in Scotland, pro-Scottish independence daily The National celebrated football “coming Rome” due to the Italian triumph.

The title also referenced its splash on Saturday, in which it had depicted Italian manager Robert Mancini as Braveheart and declared his time the “final hope” to stop an England tournament win. 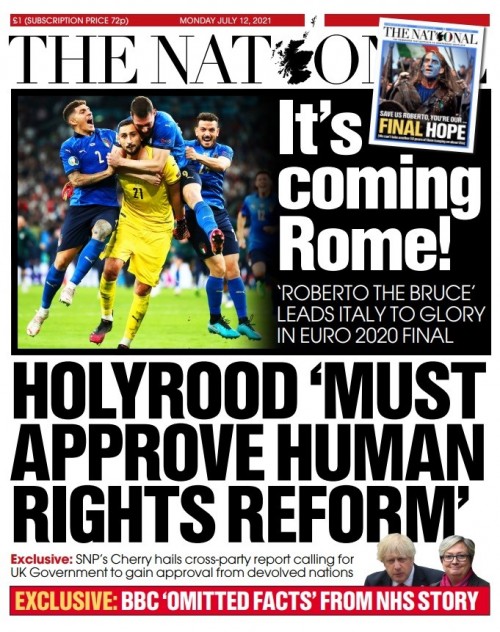