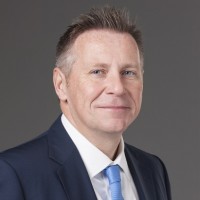 An industry leader has highlighted what he termed the “existential crisis” facing the regional press as he demanded urgent action to “level the playing field” between publishers and digital platforms.

Lord Black, chairman of the News Media Association’s legal, policy and regulatory affairs committee, spoke of the dangers to the media industry posed by long delays to reform to make the competition regime fit for the digital age.

In a speech in the House of Lords, he said the slow Parliamentary process and number of consultations on numerous issues as placing an “intolerable burden” on the news media sector.

He said vital legislation giving the Digital Markets Unit the tools it needs to enforce the competition regime may not be on the statute book before 2024, he said, and by then “for many newspapers the game will be over.”

Lord Black, pictured, said: “Be in no doubt that the press today – and in particular the regional press – is facing an existential crisis as a result of the impact of digital and the migration of advertising to the platforms.

“Each of us is doing our best to adapt business models to survive. The Telegraph for instance has been extremely successful at building a subscription model, and other publishers have changed in different ways.

“However, we desperately need support from Government – not financial help, but simply in ensuring that the competition regime in which we operate helps not hinders by levelling the playing field between press and the platforms.

“The good news is that the model for how to do so is there. It is contained in the CMA’s brilliant report on the platforms, and even in legislation from Australia which shows how you can produce payment for content – something which would be transformative for the industry, and in particular the regional press.”

Lord Black also spoke of past attempts to impose state controls on the press such as those in the aftermath of the Leveson report, adding: “The press today faces a wholly different type of press freedom battle from those of the past. It is not one based on the age old campaign to muzzle editorial.

“It is one based on the commercial future of publishers. It is one about survival. And it is therefore one about democracy itself – because unless publishers are commercially successful they will never have the resources to support investigative reporting, foreign news, first class comment, and especially local news which is the lifeblood of all our communities.”