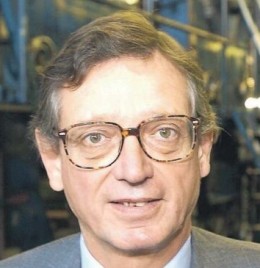 A regional newspaper proprietor who helped launch a new daily title at the age of 20 has died aged 79 after a period of illness.

Alan Graham, the owner of the Express & Star and Shropshire Star, played a leading role in launching the latter title in 1962 – the UK’s first new evening newspaper since the Second World War.

Along with his father Malcolm and older brother Douglas, Mr Graham was also at the forefront of another technological revolution for the industry in the 1980s when the Express & Star became the first newspaper in the country to introduce an electronic editorial system.

He continued to be actively involved in the group’s newspapers until shortly before his death, and was a familiar face at the Express & Star office in Queen Street, Wolverhampton, and the Shropshire Star’s base at Ketley.

Mr Graham, pictured, was the great-grandson of the founder of the Express & Star Thomas Graham, who set up the newspaper in the 1880s as part of a group that included Scottish-American millionaire Andrew Carnegie.

After helping launch the Shropshire Star, he also pioneered the use of colour printing two decades before it was used on Fleet Street.

Mr Graham played a key role in the Midland News Association’s expansion to become one of the country’s leading publishers with a combined daily circulation of 350,000.

He also brought the Jersey Evening Post and Guernsey Press into the publisher’s list of titles after buying them in 2003.

One of his proudest moments came in 1997, when Mr Graham hosted a visit by the Prince of Wales to the company’s head office in Wolverhampton. Mr Graham later received a letter from the Prince praising the company’s “family atmosphere.”

The Prince wrote: “Seeing my picture on the front page of your first edition only 45 minutes after my arrival was most impressive. I was particularly struck by the fact that many of the people I met had been with you for a number of years and clearly enjoyed their jobs tremendously. It was marvellous to experience the atmosphere of a proper ‘family’ firm!”

Mr Graham was also a director of Press Association, and a leading member of the Newspaper Society, now the News Media Association.

In his spare time he was an avid yachtsman and ocean racer, who formed part of the UK team that won the Sydney-Hobart Southern Cross Cup in 1973 on his 44ft sailing yacht Superstar.

He is survived by his wife Angela, daughters Lavinia and Charlotte and sons Tom and Edward, who have both followed him into the family business.