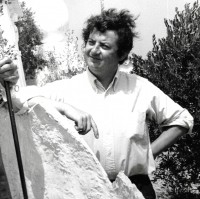 A regional editor who won a national award for his coverage of the Yorkshire Ripper case has died aged 82.

Tributes have been paid to John Sheard, who served as group editor of the Life series of 12 county magazines.

John, pictured, also worked on Fleet Street and won the Cudlipp award for his Sunday Mirror investigation into police bunglings in the hunt for the Yorkshire Ripper.

He went freelance later in his career and wrote 500 columns for the Craven Herald.

John’s friend and former Herald editor Ian Lockwood said: “It was his 500 columns for the Herald which he always said gave him most pleasure.

“His Dalesfolk profiles of people ranged from the rich and famous such as the Duke of Devonshire to ordinary people who played a key role in the community, such as the woman behind the checkout till at Skipton Co-op who had a friendly word for every customer.”

Derby-born John began his career as a copyboy on the Derbyshire Advertiser, having spurned university.

He moved to the Nottingham Evening Post and covered Grantham when Margaret Thatcher was first standing for Parliament.

While there, he had a row with her father, who he described as “the most boring man I have ever had to report”.

Ian added: “He then freelanced, first in the Home Counties – which he hated – and in York, which he loved.

“He joined the renowned John Pick news agency and more than five happy years but a disagreement over an oft-promised partnership which was frequently postponed saw him strike out on his own and join the Sunday Mirror.

“His first assignment was to go to Ireland to write features for a new, all-colour edition being pioneered in Belfast. Instead, he ended up covering the Troubles.

“He returned, briefly, to Fleet Street with the Sunday Mirror but was happier up north and joined the paper’s Manchester office as northern chief reporter. He won the Cudlipp Award but this was a rare highlight in years of growing frustration.

“Unhappy at having to do increasing work about ‘celebrities’ and pop stars he joined the Lancashire Life, and then became group editor of the Life series of 12 county magazines.”

John moved to Skipton in the late 1980s and in 1993 was commissioned to start his regular columns for the paper.

His Curmudgeon Column was a fictitious character living in an imaginery Yorkshire Dales village who railed against tourists, campers, caravanners and the decline of his rural way of life.

John retired from the Herald in 2010.

Ian said: “In recent years John had problems with his balance but that did not stop him from continuing a habit picked up from his Fleet Street years – a daily lunchtime pint or two where he loved to natter with old friends and acquaintances.”