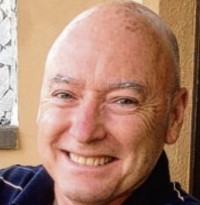 A regional daily journalist who went on to work as a sub-editor for national titles has died aged 65.

Alan McQuillan was a sub on the Western Daily Press before moving on to the BBC and later Fleet Street.

Alan, pictured, began his career in 1977 as a trainee reporter in Widnes before moving to the Bristol-based WDP.

After moving on again to London, he wrote BBC news bulletins and also worked for The Observer, Daily Mail and the Sunday Times.

Alan joined The Sun in 1988, where he remained until retiring as deputy chief sub-editor in 2015.

An obituary published in The Sun on Wednesday reads: “Much to his family’s amusement, Alan would ‘sub’ everyone’s conversations and check the paper every day to ‘maintain The Sun’s high standards’.

“A proud family man, who loved playing tennis, he would have been 66 today. He leaves a wife, Janet, and two daughters.”