Both the Bristol Post and the Western Daily Press ran front pages on the release of the report by the UN’s Intergovernmental Panel on Climate Change.

The report warned of increasingly extreme heatwaves, droughts and flooding across the world.

Images of wildfires adorned the front covers of both the Post and the WDP yesterday. 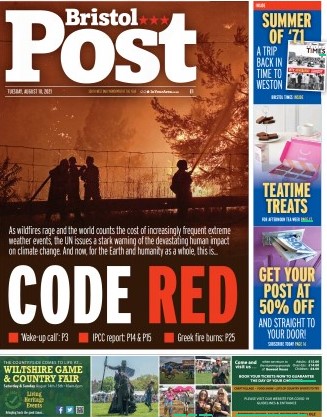 He said: “The alarm bells are deafening, and the evidence is irrefutable: greenhouse gas emissions from fossil fuel burning and deforestation are choking our planet and putting billions of people at immediate risk.

“Global heating is affecting every region on Earth, with many of the changes becoming irreversible.” 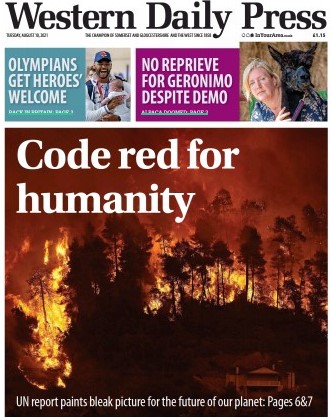