The press watchdog has thrown out a reader’s privacy complaint after a regional daily published information about her which appeared in a press release.

The Independent Press Standards Organisation has rejected the complaint by Kayleigh Brassington against Stoke-on-Trent daily the Sentinel after it published her name, location, and the make and model of her car.

The information appeared in a story headlined ‘Seven passive aggressive or outright rude notes left on vehicles in North Staffordshire’s parking warfare’ and reported Ms Brassington had “posted her own angry note in response to her neighbour” in a dispute about a car alarm.

But she wrongly believed The Sentinel had taken the information reported from her private social media account. 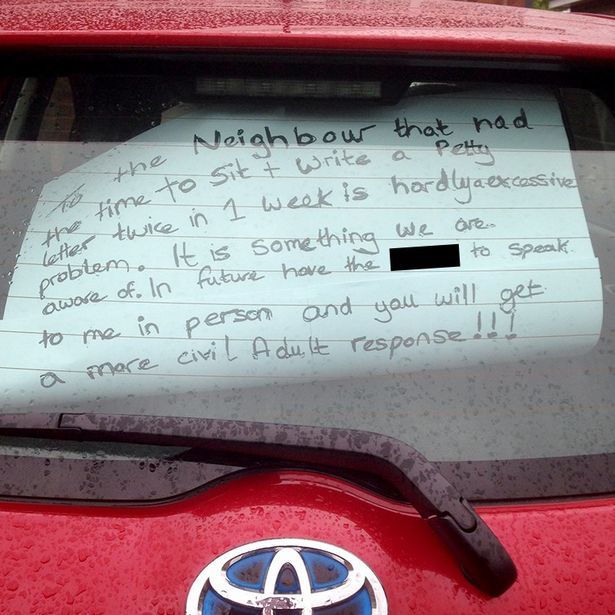 the note posted by Ms Brassington

Complaining under Clause 2 (Privacy) of the Editors’ Code of Practice, Ms Brassington said the post about the note was from 2013 and she had not given consent for its contents to be used in a story, asserting that her original post had not been shared anywhere to her knowledge.

Denying a breach of Code, The Sentinel explained that it appeared that Ms Brassington had entered a competition in 2018 and that entries to this competition had been published in a press release.

While it no longer had a copy of the press release, due to the length of time that had passed since its release in 2018, the newspaper provided links to a number of articles that had covered the press release and included Ms Brassington’s name, the photograph of the note in her car, and details of her social media post.

The information she claimed to be private had, therefore, been publicly available since the press release and resulting press coverage had been published in 2018.

In addition, The Sentinel stated that the story did not disclose any information that could be considered private.

Ms Brassington did not dispute that she had entered this competition but stated she had not been aware that her submission would be used in this way, and further rejected an offer by The Sentinel to remove her name, area and photograph from the story as a gesture of goodwill.

IPSO found the post had been in the public domain since 2018 after it had been submitted to a competition, the organisers of which had shared a press release containing the information.

In these circumstances, the Committee did not find she had a reasonable expectation of privacy over the information relating to her in the story.