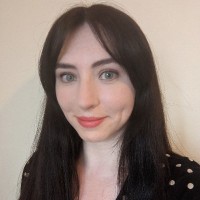 A regional publisher’s group-wide probe into modern slavery has been nominated for a prestigious investigative journalism prize.

JPIMedia’s data and investigations team have been shortlisted for the Private Eye Paul Foot Award.

The team’s nomination is for their investigation which highlighted “disturbing shortfalls in the application of modern slavery legislation” earlier this year.

Judges praised the team for “bringing the story home to local newspaper readers across the UK”.

They will face national competition for the prize from titles including the Financial Times, Sunday Times, openDemocracy and Tortoise Media.

Also shortlisted is the Daily Mirror and The Guardian’s joint investigation which exposed Prime Ministerial aide Dominic Cummings over his journey across England during the first coronavirus lockdown.

Harriet, pictured, told HTFP: “We are delighted to be shortlisted for the award and to be able to fly the flag for local news among a pool of such talented reporters and teams.

“The pandemic has been a very difficult year for local news but one which has demonstrated its immeasurable importance to our communities.

“Our project sought to expose the hollowness of politicians’ tough rhetoric on modern slavery – strong words with little evidence of follow through.

“Whether it’s the poor record of the police and CPS or the seemingly impossible task for survivors to access fair compensation, perpetrators are being let off the hook and victims let down across every community in the UK.

“It took an enormous amount of work over several months, and we’re so pleased our efforts have been recognised by the judges.”

Padraig Reidy, chair of the judges, said: “The judges were delighted to receive a record number of entries this year.

“The extremely high standard of the stories put before us, from established outlets and upstart publications alike, made for a rigorous and intense judging process.

“It was so heartening to see that in a year of unimaginable difficulty for so many, there are journalists across the spectrum committed to finding the stories that make a difference to how we understand the world.”