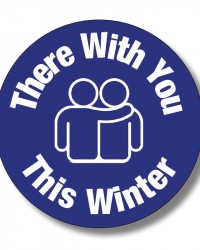 A regional publisher has launched a “hard-hitting” campaign to highlight the financial challenges faced by readers during the winter after the Universal Credit cut.

Archant has announced the launch of the ‘There With You This Winter’ drive, which aims to raise awareness and offer support during the coming months.

The publisher says it hopes to offer solutions and profile those “who have faced hardship and come through the other end in the hope others can be helped in similar ways”.

The £20-a-week increase to Universal Credit, brought in to support those on low incomes during the coronavirus pandemic, came to an end last week after the UK Government opted not to renew it.

It is also working with the Norfolk Community Foundation to relaunch the annual ‘Surviving Winter Appeal’, which raises hundreds of thousands of pounds to help those most in need.

David Powles, editor of the Eastern Daily Press, said: “In the last few weeks we have reported on numerous changes and developments which will hit our communities in the pocket.

“These include the end of furlough, the end to the £20 universal credit increase, rising fuel bills, increased joblessness and more.

“By offering solutions, support and real-life stories, plus raising much-needed cash to support the most vulnerable, we hope this campaign can really make a difference to the communities we serve.”