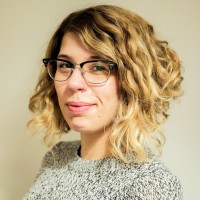 A regional publisher has unveiled four new recruits and revealed a target of 75,000 digital subscribers.

DC Thomson has announced appointments to a number of senior roles after launching a recruitment drive in January in a bid to give readers “a level and quality of content not seen before” in the industry.

The new recruits were revealed in a post on LinkedIn by Frank O’Donnell, editor-in-chief at Aberdeen Journals.

He said: “There’s a transformation taking place at DC Thomson and we need skilled digital journalists and newsroom leaders to add to our already talented and ambitious team.”

Discussing the company’s targets, he added: “Our North Star is 75,000 digital subscriptions by 2025.

“How? By a relentless commitment to compelling, quality journalism and an obsession with our audience.

“What will it be like? Fresh, exciting, honest and fun.

“Will we succeed? With the stable and committed ownership of DC Thomson we have the best possible chance.”