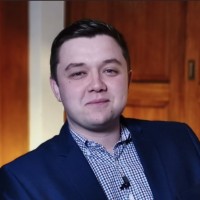 A publisher has appointed a new editor as it looks to boost coverage of rugby league across its regional titles.

Reach plc has appointed Matthew Shaw as editor of Rugby League Live, a new brand which will appear as a channel on the company’s websites which cover the sport’s heartlands in the North of England.

His editorial remit will cover Reach’s Lancashire, Manchester and Yorkshire regions and he will report to Jonathan Birchall, the publisher’s audience and content director for sport.

Jonathan said: “We look forward to welcoming Matthew and all the rugby league expertise he brings as we increase coverage for a sport which is underserved digitally.

“The aim is to become the destination for rugby league fans with content they will be unable to access elsewhere.”

According to the latest Comscore figures, Reach Sport reached 12.7m adults in December – more people than any other UK digital sports publisher.

Matthew said: “I am looking forward to joining the rugby league team and providing quality sports content and journalism to communities.”