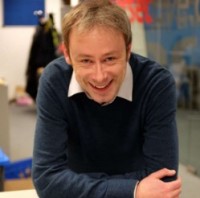 A regional publisher has poached an editor from a hyperlocal news network to run a series of weekly titles.

Newsquest has announced the appointment of Tim Lethaby as its new editor in Somerset, where he will oversee the Somerset County Gazette, Bridgwater Mercury, Burnham & Highbridge Weekly News and Chard and Ilminster News.

Tim joins Newsquest from Nub News, where he has served as its regional editor in the South-West of England since 2019.

He was previously editor of seven Reach plc-owned weeklies in Somerset from January 2017 to November 2018, when he was among 41 journalists whose jobs were put at risk by the company during a restructure.

Tim takes over at Newsquest from Paul Jones, who was himself poached by Archant last month to oversee its editorial operations in Somerset and Devon.

Tim, pictured, said: “I am delighted to be joining Newsquest to take on this new adventure with some of the most well-known news titles in the county.

“As the latest JICREG data shows, the Somerset County Gazette is now read by over 80pc of the people of Taunton every month, and I am relishing the prospect of leading this great regional news brand and its sister titles.

“The opportunity to further develop the titles’ digital offering through quality local content is incredibly exciting.

Added Tim: “I would like to thank the Nub News team for a fantastic two-and-a-half years, and I wish them all the best going forward.

“However, as someone who is Somerset born and bred, the opportunity to take the reins at titles that I have always held in high regard was not one I could ignore, and I am looking forward to working with what is clearly an incredibly talented team.”

Hussain Bayoomi, Newsquest managing director for Wales, Hereford and Somerset, added: “I am delighted to have Tim join the business at such a pivotal time.

“He is a highly experienced editor who will be an asset to our Somerset business.”