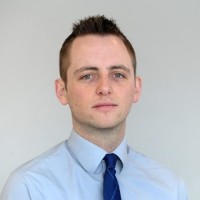 A regional daily political editor has been poached to take charge of a publisher’s new politics and public affairs title – while a new lobby correspondent role will also be created.

Rob Parsons has been unveiled as editor of The Northern Agenda, an online brand created by Reach plc that aims to cover politics “from the other side of the north/south divide”.

Rob, pictured, joins The Northern Agenda after serving as political editor of JPIMedia daily the Yorkshire Post for four years.

He will leave his current post to take up the newly created role on 26 July. Reach has also announced a new Westminster-based lobby correspondent will be recruited to support Rob.

Said Rob: “I’m hugely excited to be joining Reach and working alongside journalists and titles whose work I’ve admired for years.

“It feels like a great time to be taking on this new challenge as Northern Agenda editor.

“The politics of the North of England have rarely been as high profile as they are now but I want to really get under the skin of some of the big issues affecting this region and help bring some of its untold stories to a wider audience.”

The Northern Agenda will appear in a variety of formats including a daily newsletter and regular podcast.

Regular contributors will include Jen Williams, the award-winning political editor of the Manchester Evening News as well as her counterpart on the Liverpool Echo, Liam Thorp.

David Higgerson, chief audience officer at Reach, said: “Newsletters have become a core part of our winning customer value strategy over the last year and it’s brilliant to see our continued editorial investment paying off.

“We’re delighted to be welcoming Rob to the team here and can’t wait to start working with him to make The Northern Agenda a true must-read across the country.”