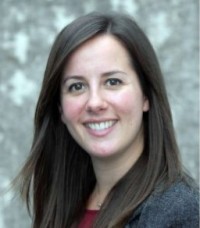 A new editor has been appointed to oversee a group of Scottish titles as their publisher moved to fill the vacancy created by her predecessor’s departure.

Gillian , who had previously been Paul’s deputy, will take charge of titles including the Helensburgh Advertiser, Ardrossan and Saltcoats Herald, Clydebank Post, Barrhead News and The Gazette.

Said Gillian: “It is an honour to take charge of these titles which have a strong standing in the local communities they serve.

“I believe we have a great future ahead of us with talented teams and a portfolio of successful titles continuously reaching a greater audience.”

Gillian began her career as a reporter in Melbourne, Australia, where she worked for regional daily the Herald Sun.

After returning to Scotland, she began working as a reporter on the Ardrossan and Saltcoats Herald and has also worked for the Clydebank Post, Dumbarton and Vale of Leven Reporter and Helensburgh Advertiser.

Newsquest Scotland managing director Graham Morrison said: “I am delighted to announce that Gillian Murphy will be taking over as Managing Editor of our Ayrshire and Clyde titles.

“With her undoubted skills, experience, knowledge, and strong leadership qualities, I’m confident she will be able to lead the team there to deliver positive circulation performance and increased digital audiences for some of the key news brands in our Clyde and Forth business.”