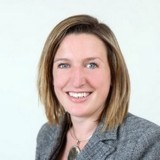 A new digital news brand has been launched by a regional publisher as part of an expansion that has seen the creation of 25 journalism jobs.

Reach plc has announced the launch of Cheltenham Live, a new channel dedicated to the town which will sit on its Gloucestershire Live website.

Reach revealed last month it was taking on 25 new journalists across the country in a bid to expand its regional digital coverage, including a new reporter to cover Cheltenham.

“Cheltenham has always been core to our news agenda at GloucestershireLive and it thoroughly deserves its own platform, newsletter and social media channels.

“We are so looking forward to having a dedicated Cheltenham team in place to deliver an even better news service and features that really capture the essence and people of the town.”

The launch came last week ahead of this week’s Cheltenham Festival.