Police probe launched after journalist and dog followed through park

A journalist has sparked a police investigation after a man followed her and her dog through a park for half an hour.

Liverpool Echo digital night editor Jenny Kirkham has urged fellow dog owners in the city to be vigilant after she and her dog Buster were followed by the man.

The man had initially reached out to grab Buster’s collar and asked if he could photograph him – at which point Jenny, 27, decided to move away from him.

But he kept following her, asking her to stop so he could get a better picture. 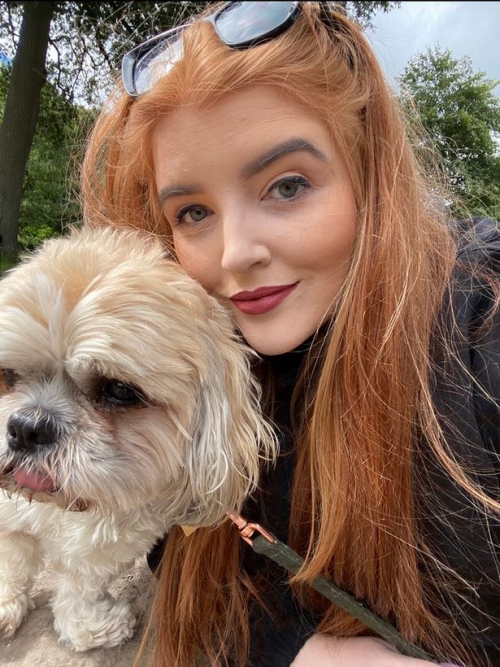 Jenny, pictured with Buster, told the Echo: “He said he didn’t get the picture and kept telling me to stop, he then asked me if we lived round there and I said no.

“It might have been a completely innocent question but I’m wary of people being overly interested in the dog, especially as he was now following us.

“We were on the sloped path and he was walking beside us but not saying anything. Two men then passed us walking the other direction and they said something to each other but I couldn’t hear it.”

The man then began walking a few steps ahead of Jenny but when she turned round to walk the other way and get away from him, one of the other men was walking behind her.

She added: “I kept walking through the park to try and lose them because I didn’t want them to follow me to my car. I was parked on a side street and was worried there wouldn’t be any people around.

“After about 10 minutes the man behind me disappeared and I managed to get in front of the other man near the fountain.

“I walked towards the exit of the park and decided to walk up Lark Lane until I knew he wasn’t behind me but he followed me up there as well.

“I decided just to quickly go to the car to get away and he stood at the bottom of the street and watched me. When I drove out he was walking back into the park. He followed me for nearly 30 minutes.”

The incident took place in Sefton Park on the evening of 1 August was reported to Merseyside Police.

Jenny said: “The parks in Liverpool are so friendly and are a great place to walk dogs.

“It is great in Sefton Park to be able to stop and have a chat with people about the dogs and there’s no better feeling than someone swooning over your baby.

“But you just know when something is off so please be careful. I would hate to hear of someone’s dog being taken off them.

“And again, while this may have been completely innocent, it isn’t worth the risk.  Don’t feel embarrassed to tell someone no if they ask to pet your dog or take a picture of it.”