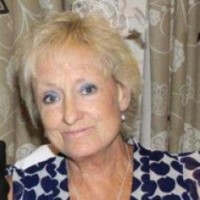 A “phenomenal” former sub-editor who served a number of regional titles has died aged 71.

Tributes have been paid to Rosella Masters, who worked for newspapers including the Kentish Times, Ealing Gazette and Maidenhead Advertiser during her career.

Rosella, pictured, also worked as a reporter and features writer during her career.

She had suffered from ill-health during her life and died of bronchopneumonia on 11 July.

Her son Alex told the Advertiser: “She was very passionate about journalism, it was the prominent aspect throughout her whole life.

“I can only ever remember mum having a wonderful career at the Advertiser.

“She enjoyed the people she worked with and the stories she covered.

“It was probably the most enjoyable job of her career.”

Rosella is also survived by another son, Daniel, and her funeral will take place this Friday.