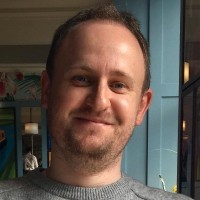 Thirty-five new editors have now been unveiled by JPIMedia since its takeover by National World after a further 12 appointments were revealed.

HTFP has reported in recent weeks how the regional publisher has returned dedicated editors to a number of titles that have in some cases have gone years without one.

A dozen more appointments have now been revealed in addition to those previously made as part of the decentralisation drive.

Dominic, pictured, told HTFP: “I’m delighted to come back to my North Kirklees roots, having had my first taste of the world of journalism on work experience at the Spenborough Guardian as a teenager 20 years ago.

“I was trained by former Reporter series editor John Wilson when I first joined the company, and recently worked alongside another former Dewsbury editor, Hannah Thaxter, for several years, from whom I learned a lot.

“I hope to continue their legacy and am looking forward to leading the Reporter series into the future.”

In a welcome message to staff at the time, Mr Montgomery asserted his belief that “geographical and creative diversity overseen by local management will better distinguish our products, in both print and online and in video and on mobile”.

He added: “This strategy stands out from the current trend of media businesses pursuing a one size fits all approach.

“National World will use technology to provide a more bespoke service to the communities we serve and forge a journalistic formula that replaces irrelevant or clickbait stories with exclusive content to enhance local lives.”

Since then, new editors have been appointed at titles in the East Midlands, Lancashire, Scotland, Sussex and Yorkshire – many of which had been without their own dedicated editor for a number of years.

HTFP has approached all of the editors appointed for a comment.