Three sister newspapers are to return “heart of the local community” by moving to a new city centre office.

JPIMedia has confirmed The Scotsman, Edinburgh Evening News and Scotland on Sunday will be switching to a new headquarters in George Street, Edinburgh.

The three titles are currently based on a floor at Orchard Brae House on Queensferry Road, just over a mile to the west of their new home.

HTFP understands the move to the new office, run by WeWork, will take place early in 2022. 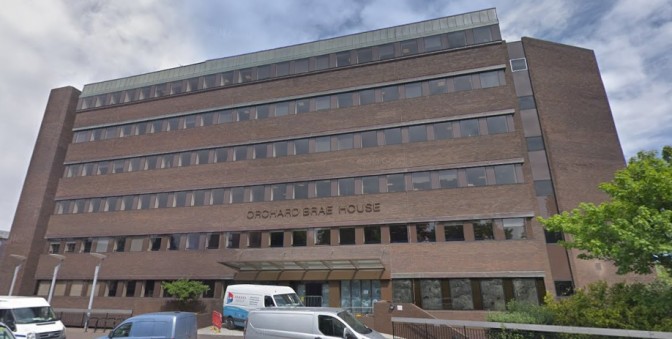 Staff were told about the switch by Scotsman editor Neil McIntosh on Friday afternoon.

Neil told the meeting that the offices in Orchard Brae have been largely deserted since Covid with staff working from home and had hence become “increasingly anachronistic”.

The newspaper has been based at Orchard Brae House since 2014 after moving from its previous base at Barclay House, Holyrood Road.

Its historic city centre office by the city’s North Bridge, where it was based for nearly 100 years until 2001, is now a hotel.

A JPIMedia spokeswoman said the announcement of the move had been received “with lots of enthusiasm” by staff.

She told HTFP: “The contract will be signed next week as we wanted to consult with staff first.

“This is a natural step for the team in Edinburgh as JPIMedia employees have now successfully adopted a combination of home working, working in the office and hybrid working environment.

“The goal was to find a more appropriate, flexible future-proofed office arrangement, back into the heart of the local community.”