The press watchdog has rapped a local news website for revealing a refugee’s immigration status without his consent and publishing a photograph of him smoking a shisha pipe.

The Independent Press Standards Organisation has upheld a privacy complaint by the refugee against Thurrock Nub News over the story after concluding the picture “most likely” showed him in his back garden.

A caption accompanying the photo also suggested the man was smoking cannabis without supporting evidence, which IPSO also ruled was a breach of the Editors’ Code of Practice.

The story in question reported various comments from people on an estate where refugees were being housed, including that “some of [the refugees] have been pictured gathering in numbers and smoking from hookahs, with strong smells of cannabis floating across the area.” 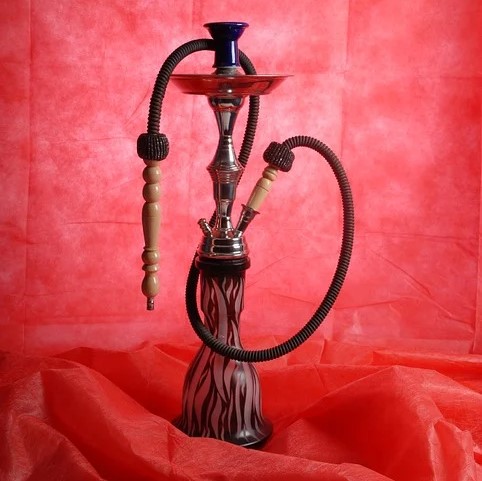 It also included an image of two men sitting outside smoking from a shisha pipe, which was captioned: “The refugees have been pictured by their neighbours who complain the smell of drugs is drifting towards their homes.”

One of the men pictured complained to IPSO that Thurrock Nub News had breached Clause 1 (Accuracy) and Clause 2 (Privacy) because the image showed him in the back garden of his home, where he had a reasonable expectation of privacy, and had been taken and published without his knowledge or consent.

He noted that his back garden was private and could not be viewed from a public space as it was surrounded by high fences, adding people had recognised him from the image.

The refugee provided images to IPSO which he said demonstrated that he had been in the back garden at the time the photograph had been taken, and said the story identifying him as a refugee, together with the name of the street on which he was living, put him at risk from those he was seeking refuge from.

The man, unnamed in IPSO’s ruling, also said he had been smoking tobacco from the shisha pipe and that the caption had given the misleading impression that he was smoking an illegal substance.

Denying a breach of Code, Thurrock Nub News did not accept the picture was taken of the man’s back garden and supplied IPSO with images of the front gardens of several of the houses on the estate, which it said looked similar to the background of the image.

It also said that the image had been circulated on social media on three Facebook groups for the town, and others for the Borough of Thurrock, although it was unable to provide evidence of this or to give an estimate of how many people had seen the image.

Initially, the publication said that it had asked the poster of the image on Facebook whether it could publish it, and later said that the image had been sent directly to it by a disgruntled member of the public.

Thurrock Nub News told IPSO it had decided initially not to anonymise the image, although it later did so after direct correspondence with the man, as it believed the image had been taken in a public place and had been published elsewhere, further claiming the man’s immigration status was not private because the people who lived locally would recognise him as a refugee due to his presence in the area.

It argued that, in any event, there was a public interest in publication as it contributed to the debate regarding the refugees living on the estate and felt including the refugee’s likeness, which had been published previously elsewhere, added reality to the story.

The publication also said the story was in the public interest as there had been serious impropriety on the estate in the form of anti-social behaviour, while the use of illegal drugs on the estate in general, although it did not suggest the man had used illegal drugs, was a matter of public health and safety.

It said it had not directly suggested that the complainant had smoked cannabis, although it accepted that some readers may have understood this to be the case, and offered to publish a further story with input from the man and an apology.

Having considered the evidence, IPSO considered that it was more likely than not the refugee had been in the back garden of his home – a private space which could not be seen from a public place – at the time the photograph had been taken and had not consented to his picture being taken or published.

While Thurrock Nub News had said the image had previously been published on social media, it had been unable to demonstrate that the image had been established in the public domain to an extent that the man no longer had a reasonable expectation of privacy.

The Committee rejected the publication’s argument that the man did not retain a reasonable expectation of privacy in relation to his refugee status because it would be known locally due to the location of his home, finding it had revealed this information to a far larger number of people as compared to the number who otherwise had knowledge of it.

IPSO further found the misleading impression given by the story that the man was pictured smoking cannabis was significant as it suggested that he had engaged in illegal activity, which was not the case.

It stated the wording proposed for the apology was not sufficient, in breach of Clause 1(ii), and ordered the publication of its adjudication.