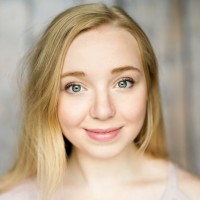 A new trainee reporter has been taken on as part of a five-stong launch team for a town’s new news website.

Cheltenham Live has now revealed the appointment of trainee reporter Jessica Sykes, pictured, to join Robin, after she completed a three-year journalism degree at the University of Gloucestershire.

* DC Thomson has made two specialist reporting appointments following its recent recruitment drive.  Garrett Stell, previously a reporter for Lenoir News Topic in North Carolina, US, joins The Press and Journal as schools and family reporter, while Samantha Leckie will be health & wellbeing editor, working across both the P&J and Evening Express.

* Georgina Morris has been appointed assistant head of news at the Yorkshire Evening Post. She was previously crime reporter for the newspaper and befopre that deputy communities editor for JPI Media.

* Bristol Live has appointed Estel Farell-Roig as agenda editor with a brief to explore in-depth some of the biggest issues facing the city. She was previously a senior reporter on the Reach plc-owned title.

* Emily Collis has joined Birmingham Live as a senior reporter focusing on Solihull content while Josh Sandiford has joined the website as a trainee patch reporter, covering North Solihull and East Birmingham.

* Fiona Callingham has been appointed health reporter at The News (Portsmouth) having previously served as a local democracy reporter.

* Jennifer Jones has joined the Ardrossan & Saltcoats Herald as a senior reporter, having previously been a reporter for the Stranraer and Wigtownshire Free Press.

* Basingstoke Gazette and Andover Advertiser reporter Ryan Evans has been promoted to chief reporter working across the two Newsquest titles.