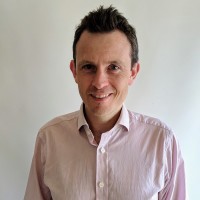 Further details have been revealed about new training for reporters which will form part of a UK Government crackdown on abuse against journalists.

The Government unveiled the UK’s first national action plan to protect journalists earlier this week, which included details of a project which will see the National Council for the Training of Journalists work with the police to provide training for journalists reporting on police operations.

The NCTJ has now revealed further details about its role in the scheme, which will initially be trialled through a workshop with journalism students at the University of Portsmouth.

The organisation says it is working with Surrey Police to develop the pilot, which will focus on journalism safety and the interaction between police and journalists.

If the pilot is successful, the face-to-face workshop template will be rolled out in conjunction with other journalism training centres wishing to take part.

Publishers have already pledged to provide training for staff and freelance journalists on managing threats to their safety as part of the action plan’s launch, but the NCTJ says it also to work with employers to make safety training available to journalists across the UK.

The programme will be delivered via its Journalism Skills Academy, an online platform that offers training courses for working journalists.

Will Gore, the NCTJ’s head of partnership and projects, has been liaising with the Department for Digital, Culture, Media and Sport on the training aspects of the action plan.

Will, pictured, said: “We are delighted to be working in partnership with all those who have signed up to take action on the future safety of journalists.

“Educating and training journalists to professional standards of safety and resilience are really important components of the plan to ensure journalists can do their jobs without fear, harassment and abuse.”