Top political figures have thanked regional journalists for their bid to fight for greater rail investment across the North of England.

Newspapers across the region have continued to show their displeasure at the UK Government’s Integrated Rail Plan via their front pages this morning.

HTFP reported yesterday how several Northern newspapers had criticised Prime Minister Boris Johnson over his broken promise to build the eastern leg of the HS2 line to Leeds.

A proposed new line between Leeds and Manchester, via Bradford, has also been scrapped in a move the Bradford Telegraph & Argus today dubbed the ‘Great Train Station Robbery’. 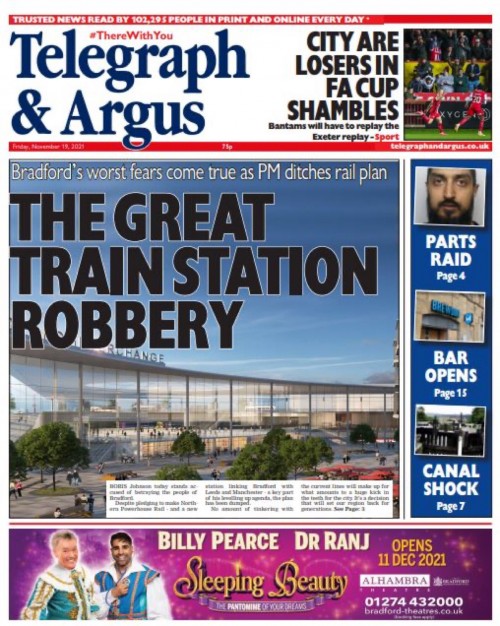 But regional journalists were praised for their campaigning work on the issue by Labour metro mayors including Andy Burnham, Dan Jarvis and Tracy Brabin in a joint press conference yesterday afternoon.

He said: “Thank you to all of the media on this call, but particularly the northern titles who’ve been with us on this journey, and I just wanted to say how much we appreciated, again, the coordinated front page that you all did.

“It does make a difference and I think it also shows that this goes beyond geography, it goes beyond party politics.

“This is about what’s right for the North of England and by doing what you’ve done to this point, you’ve always shown that.

“That’s what comes over from it. And I just would ask, if I may, to stick with the campaign.”

The Manchester Evening News this morning branded the plans a ‘Second class ticket for the North’, and Mr Burnham went on to call for a campaign to give MPs a free vote on the proposals in the House of Commons. 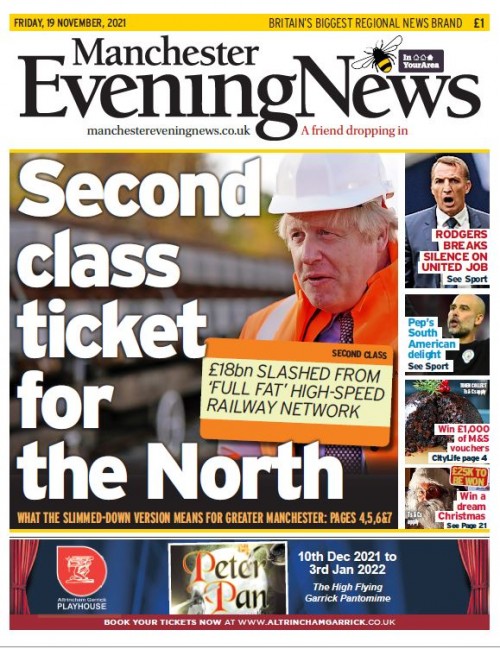 He added: “We do appreciate the way in which our Northern papers and the Northern media have worked with us on this.”

His comments were echoed by Mayor of South Yorkshire Mr Jarvis, who said he “completely agreed” with what Mr Burnham said.

In Mr Jarvis’s area, the Doncaster Free Press splashed on the headline ‘Slap in the face’ this morning and noted some people in the town of Mexborough had already been forced to move house to make way for the now-axed leg of the HS2 route between Sheffield and Leeds. 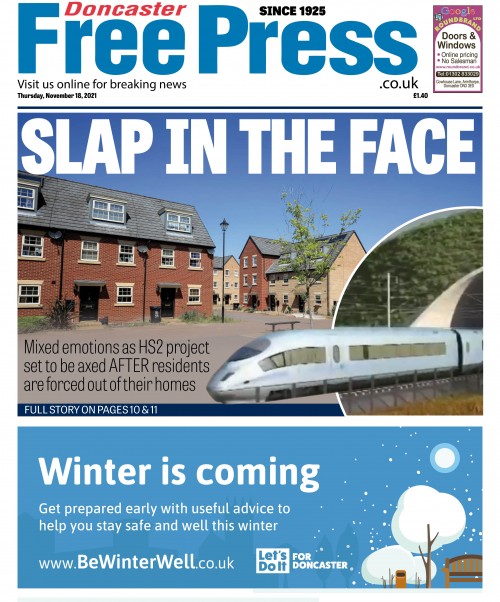 “We couldn’t do our job without working with you as journalists.”

In an exclusive piece for the Yorkshire Post, Mr Johnson yesterday insisted the decision had been made because high-speed rail is “grindingly slow to build” and claimed ministers will “look at how to get HS2 to Leeds too, with a new study on the best way to make it happen”.

In a separate piece for the MEN, he added: “If this government has one driving mission, it is to reverse years of neglect and level up our country.

“So today we’re launching the single biggest programme of public investment in the history of our railways, beginning with £96 billion of construction and upgrades for schemes serving the Midlands and the North.

“We’re doing this because we’re determined to do what the Manchester Evening News and other newspapers urged on Tuesday.”