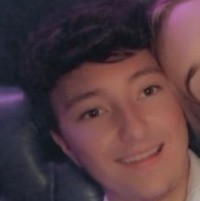 A daily newspaper’s photographer had his camera destroyed after being attacked while covering a riot last night.

The Belfast Telegraph’s Kevin Scott was set upon by two masked men while covering loyalist disorder in west Belfast.

While he did not sustain serious injuries during the attack, he was pushed to the ground and his camera was destroyed.

Kevin, pictured, was also subjected to sectarian abuse and ordered to leave the area during the attack.

Police confirmed they were aware of the incident and Kevin was advised to leave the area for his own safety after the attack.

Condemnation of the attack has come from figures including Prime Minister Boris Johnson and Northern Ireland’s First Minister Arlene Foster.

Kevin, 26, said: “It has really annoyed me. I cover everything straight down the middle, I operate in every area and any area and nothing has ever feared me.

“I’ll be back out doing my job, you can’t turn a blind eye to these things.

“People in this area know who I am and what I’m about, and still I’ve been attacked.”

Bel Tel editor in chief Eoin Brannigan added: “Journalists should not be attacked, threatened or be subject to sectarian abuse while doing their jobs.

“It’s shameful and should be condemned without equivocation.

“There is no justification for it, but unfortunately it’s the reality for many journalists going about their work in Northern Ireland.”

The Police Service of Northern Ireland has allocated a senior investigative officer to deal with the issue of threats and harassment towards journalists in the region after a number of recent examples of attempts to intimidate reporters working there.

Riots have taken place in Northern Ireland repeatedly in recent days, with the cause of the unrest being attributed to tensions over the Brexit deal’s controversial Northern Ireland Protocol and the police’s handling of alleged lockdown breaches by Sinn Fein at a funeral.

Posting on Twitter, Mr Johnson said: “I am deeply concerned by the scenes of violence in Northern Ireland, especially attacks on PSNI who are protecting the public and businesses, attacks on a bus driver and the assault of a journalist.

“The way to resolve differences is through dialogue, not violence or criminality.”

Mrs Foster described the assault on Mr Scott as “disgraceful” and said she hoped “the bullies behind this are brought to justice”.