A man has been charged with criminal damage after a regional news website’s imp sculpture was vandalised.

Bradley Pennell will appear before magistrates after the imp, which is sponsored by Lincolnshire Live, was “broken in two by being beheaded”.

The sculpture is among 30 to appear across the city as part of the Lincoln Imp Trail, a tourist attraction organised by Lincoln Business Improvement Group.

Twenty-year-old Pennell, of Scunthorpe, will appear at Lincoln Magistrates’ Court on 5 August over the incident, which happened at around 4.15am on Wednesday. 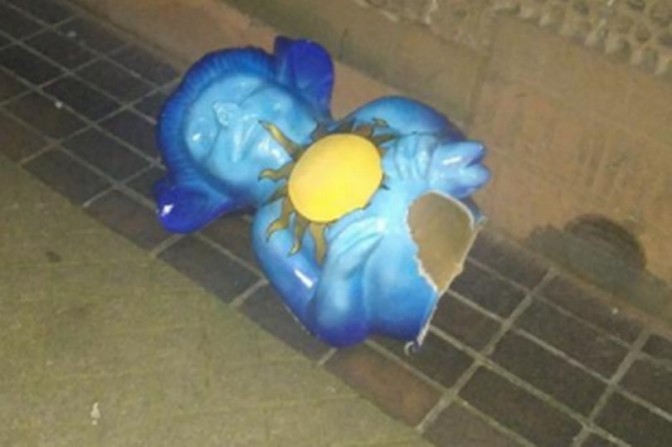 The imp after its ‘beheading’

In a statement on Wednesday, Lincolnshire Live editor Natalie Fahy said the damage was “upsetting and deeply frustrating”.

She added: “What makes it particularly sad is that this imp was helping to raise vital funds for St Barnabas, a fantastic local charity.

“A lot of hard work was put into creating the sculpture and we thank the child who designed our wonderful imp and [artist] Sian Bristow for making that design into a reality.”