Magistrate tries to gag daily due to defendant’s ‘learning disabilities’ 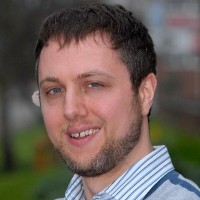 A magistrate tried to gag a regional daily on the grounds that a defendant has “learning disabilities” – days after denying it the right to publish an address that was already in the public domain.

Worcester magistrate Sue Dowty attempted to restrict coverage by the Worcester News in the case of 31-year-old Nathan Ellis, who was in court after making violent threats in front of children.

However, according to the News, she was prevented from doing so after the court clerk pointed out that the defendant was an adult.

The incident occurred a week after the same magistrate implemented an order under Section 11 of the Contempt of Court Act 1981 preventing the News from publishing the address of alleged arsonist Kieron Sheridan – despite the newspaper having previously published that information.

Ellis, of Worcester, had admitted using threatening, abusive words or behaviour likely to cause harassment alarm or distress and obstructing a constable in the execution of his duty.

Mark Hambling, prosecuting, said: “This takes place in a public place with members of the public about. There was much profanity and a crowd had formed. There were children involved.”

Barry Newton, defending, said his client had a learning disability and attended court with his mental health support worker.

After magistrates granted Ellis a conditional discharge for 12 months, chairman of the bench Mrs Dowty said to court clerk Huw Jones Jones: “Can we make a press order because of his learning disability?”

In a piece about the incident, News chief reporter James Connell, pictured, wrote: “Usually only children (defendants under the age of 18) and the victims of sexual assaults are granted anonymity although a court does have powers to withhold certain details such as names and addresses in certain very exceptional circumstances – but never for the comfort of defendants.

“Despite her request the magistrate was told by her legal adviser, also referred to as the court clerk, that the bench had no powers to make such an order in relation to Ellis because he was an adult.”

In the case of 18-year-old Sheridan, the Section 11 order was granted after an application by solicitor Sam Lamsdale.

James wrote: “At this hearing the reporter was not asked by magistrates if he wished to make representations or contest the order following the application by Worcester solicitor Sam Lamsdale.

“It was explained at court by the reporter that the address had already been published and was in the public domain.

“He was then asked to leave the court and remove all reference to the suspected arsonist’s address.”

He added: “An order was made under section 11 of the Contempt of Court Act 1981 prohibiting publication of address of the defendant which lasts until further order.

“‘The purpose of this order is to protect the welfare of the defendant’ the order states. ‘It is a contempt punishable by a fine or imprisonment to publish details in breach of this order.’

“However, the Crown Prosecution Service makes the point that ‘it is rare for the court to make such a direction in respect of a defendant’.

“Indeed, on the CPS website it says: ‘Section 11 is not enacted for the comfort and feelings of defendants and there is a requirement of clarity of terms and duration, and explanations for its purpose that a section 11 order has to meet.'”