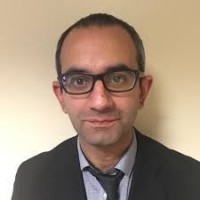 Last year’s Local Democracy Reporter of the Year has retained his crown at an annual awards.

Gurdip, who is based at Reach Plc’s Birmingham Live newsroom under the BBC-funded, scheme won the title for the second year in the row in a ceremony held this afternoon as part of the annual Local Democracy Reporting Service conference.

A new award for LDRs in post for fewer than 12 months was also handed down in memory of George Makin, Gurdip’s colleague in Birmingham, who died earlier this year less than three months after revealing he had been diagnosed with incurable cancer.

The prize was won by Joe Ives, who is based at Devon’s Radio Exe.

Earlier at the conference, the BBC’s director general Tim Davie said the service had become a template for other countries to follow.

Under the scheme, first launched in 2017, the BBC provides funding for 165 local news journalists to cover the work of local councils and other local public bodies.

Over the past four years, LDRs have produced nearly a quarter of a million stories, with 1,321 stories filed over a seven-day period in September.

Speaking at the conference, Mr Davie, pictured, said: “It’s easy to forget how far we have come in a short time. It’s less than four years since the very first Local Democracy Reporter filed her first story for the Kent Messenger Group.

“Since then, you, the reporters on the ground, have created nearly a quarter of a million stories. There are now 165 LDR posts across the UK which is testament to the success of the scheme.

“And we think that between eight and 10 million people now read, watch, or hear your stories each week. It’s even become a template for other countries to follow.

News Media Association chief executive, Owen Meredith, added: “The Local News Partnership is a shining example of the value that can be created through the BBC working in genuine partnership with the commercial news media sector. We are delighted the BBC has reaffirmed its commitment to the scheme through to at least 2027.

“The awards today are a showcase of the brilliant journalism produced by the Local Democracy Reporters during the coronavirus pandemic and beyond.”

The full list of winners can be found below.