Legal chiefs to consider tougher sentences for crimes against journalists 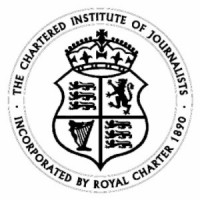 The Law Commission has agreed to a request from the Chartered Institute of Journalists to consider law reform that addresses the protection of professional journalists.

The CIoJ formally asked the Commission to introduce increased sentencing powers for people convicted of crimes against journalists who are officially at work.

The independent body, which recommends legal reforms in England and Wales, has now written to the Institute to say that it has accepted the Institute’s ideas as a formal proposal to research the law surrounding the protection of journalists.

It comes after the UK Government unveiled a first national action plan to protect journalists in March.

The CIoJ has proposed enhanced sentencing powers in the criminal courts combined with a generic ‘public interest defence’ for journalists accused of crimes while doing their work, as well as a statutory declaration of media freedom and independence.

Institute president Tim Crook said: “Over the last decade, not a week has gone by without reports of serious criminal threats, attacks and murders of journalists in the UK and Europe.”

A decision on the subjects for the Commission’s next programme of law reform is expected later in the year.