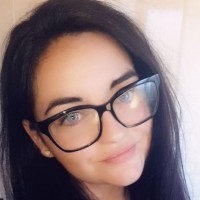 A judge has apologised to a court reporter who was allegedly threatened with violence after being told to cover a trial from the public gallery.

Carli Newell had to be removed from the gallery for her own safety while reporting on the case at Swansea Crown Court, the Pembrokeshire Herald has reported.

According to the Herald, some of those in the public gallery had “been generally obstructive” to Carli, pictured and “threatened the journalist with violence.”

The paper said it had also received threatening phone calls and messages warning it not to report on the trial of a school teacher, James Oulton, who was subsequently acquitted of sexually touching 11 former pupils.

After the incident, Judge Catherine Richards told the court: “I am deeply concerned to hear what happened to the Herald’s reporter Ms Carli Newell.

“If I were aware of it, I would have taken steps to ensure that it would have been dealt with immediately.

“The public gallery, although a separate room [connected by video link], is part of the court room for the purposes of the trial and this was clearly unacceptable.

“I would like to extend an apology to the reporter, and I will ensure that this never happens again.”

Herald editor Thomas Sinclair told HTFP: “Journalists should feel safe whilst working in the courts. It is regrettable that suitable arrangements were not made before such an emotive and high profile trial.

“However, I accept the apology of the crown court judge, and am pleased that she promised that improvements are going to be made moving forward.”

The Herald is also challenging reporting restrictions implemented during the case, made under section 46 of the Youth Justice and Criminal Evidence Act 1999, which prohibited the identification of eight named defence witnesses aged 18 or over.

Thomas has claimed the paper was therefore unable to properly cover Mr Oulton’s defence and so only reported the prosecution case, although BBC Wales did cover the teacher’s own testimony during the trial.

Thomas said: “We feel that it is important that all high-profile court cases are covered by the press, and that this reporting should be fair and impartial.

“This means that the newspaper wanted to report on both the prosecution and defence evidence at the James Oulton trial – but we were unable to do so as a press restriction was made halfway through the trial. This meant we could only present the prosecution evidence to our readers.

“I believe that the order made by the Swansea Crown Court was wrong, and the court could have secured the participation of defence witnesses without a press gagging order.

“Despite the request for the press restriction coming from Mr Oulton’s own counsel, we feel that this meant that in the eyes of the public the reporting of the case was unfair to him.”

A submission by the Herald in court aimed at getting the restrictions lifted was rejected by the judge, and the paper is now planning to take its case to the Court of Appeal.

Explaining her decision when making the original order, Judge Richards told the court: “The Herald initially reported proceedings with a link to its Facebook page. Some of the comments added were of concern to the defence.

“Those comments required no formal action, but I am satisfied that the witnesses have expressed concern.

“One has been disciplined due to her support of the defendant. I am satisfied that the quality of their evidence is likely to be diminished, and that a restriction is necessary.”

The Courts and Tribunals Judiciary has declined to comment further on the case.