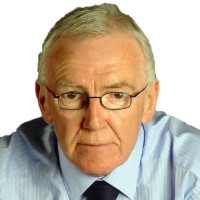 Journalists have hit out at “worrying” reports a football club will charge media outlets up to £25,000 for access to matches and press conferences.

Reports suggest Glasgow-based Rangers FC is planning on implementing the “media partnership packages” which will allow one reporter and one photographer per organisation to attend matches and pre-match press conferences.

For £10,000, media organisations will get the same matchday access at the club’s Ibrox stadium and one exclusive.

Mike wrote in the Mail: “Rangers appear to have let their first Scottish title in 10 years go to their heads.

“In a worrying development, the Ibrox club are trying to charge newspapers £25,000 for one reporter and one photographer to attend matches and pre-match press conferences.

“The tidy sum will also buy five exclusive interviews and a sit-down with manager Steven Gerrard.

“For £10,000, media get access and one exclusive. The response from major newspapers has been cool, but Rangers claim: ‘We are very pleased that we have received positive responses to our media partnership packages.’”

It comes after another journalist claimed an email was sent earlier this month stating the press “would not be welcome” at a pre-season friendly between Partick Thistle and Rangers.

The Daily Record’s Hugh Keevins, pictured, likened the situation to that of “North Korea” in a column for the Glasgow-based daily.

He wrote: “It has even been brought to my attention that Rangers may be considering charging the press to report on their matches in the coming season. Cash for questions?

“I would disagree with that proposal on the grounds that I find fault with the concept of people having to pay to go to their work.

“If Ibrox chairman Douglas Park decided to ask for payment from the drivers who man the vehicles in his coach hire business before they could turn the engine on, for example, I think I know how that might turn out.”