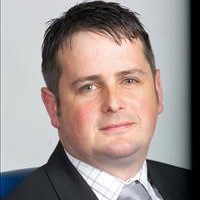 Editors and journalists have hit back after a council candidate urged voters to get their election information from “official sources” instead of the local media.

Martyn Rawlinson, who is seeking re-election as a Labour councillor in Preston, has drawn criticism after claiming regional journalists could not be trusted to “present the local election issues fairly”.

Posting a link on Twitter to a message from the party’s deputy leader Angela Rayner via Preston Labour’s official account, Mr Rawlinson alleged local reporters “feign independence and misrepresent reality from their sofas”.

In his message to voters, Mr Rawlinson said: “Do not trust the local media to present the local election issues fairly.

“Get the information from official sources, not reporters who feign independence and misrepresent reality from their sofas. The only manifesto for Preston is here… the other parties don’t have one.”

Lancs Live editor Luke Beardsworth has been among those to hit back at Mr Rawlinson following his latest remarks.

He said: “The journalists in this area provide skilled, informative reporting and it’s something we should be proud of.

“My advice to anyone is to read LancsLive, buy the Lancashire Post, read or listen to BBC Lancashire and read Blog Preston and form your own opinions. Be wary of anyone who tells you theirs is the only truth.”

Posting on Twitter, she wrote: “I’m sorry, is this legitimately a Labour councillor telling voters not to trust local newspapers? ‘Get the info from us, not the independent press’. A despicable display.”