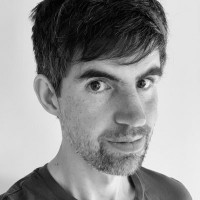 Journalists have declared “victory for taxpayers” in a legal fight backed by two regional publishers over a council’s one billion pound secrecy.

The Bureau of Investigative Journalism has won a challenge against Thurrock Council over the authority’s repeated refusal to release details of its borrowing and investments to the public.

A tribunal has now ruled councils across Britain should tell voters about investments made with taxpayers’ money after The Bureau’s legal fight, which was supported by Reach plc and Archant.

HTFP reported in October how an investigation by Gareth Davies, pictured, who works for TBIJ’s The Bureau Local project, revealed Thurrock Council had borrowed £1bn from other local authorities and then invested hundreds of millions of pounds in a “complex and potentially risky” series of bonds connected to solar farms.

The council refused to disclose under the Freedom of Information Act who it borrowed from and what it invested in.

In a piece for TBIJ about the tribunal’s decision, Gareth wrote: “The Bureau challenged the council’s refusal to release details, which drew on the growing trend of seeking to justify local government secrecy for the reason of ‘commercial sensitivity’.

“The ruling rejected the council’s argument that openness could be commercially damaging, saying there was ‘significant public interest in transparency’.

“This could have wide-ranging consequences across local government, increasing the public’s access to information.

“At a time when many councils are taking greater risks to raise funds after government cuts and Covid-19, the ruling should also empower citizens to better scrutinise council finances and how their money is being spent.”

The tribunal has ruled all the information on the loans and investments should be disclosed and accepted there was “significant public interest in transparency in relation to the actions of councils borrowing for the purposes of making a profit”, adding the suggestion Thurrock had breached statutory guidelines by doing so was “plausible”.

“For ages councils have hidden how they’ve spent millions of pounds by citing commercial confidentiality.

Meg Hillier, chair of the Public Accounts Committee, told TBIJ: “I applaud the determination of The Bureau for pursuing this and winning a victory for taxpayers.

“As the information rights tribunal judge says – responsibility for holding local authorities to account for their borrowing and spending decisions ultimately falls on voters.

“Voters must be informed to make those decisions. Let the public judge what level of risk they are content to bear with the money they pay in taxes for essential local services.”

A council spokesman said: “A first tier tribunal has made a partial interim decision to overturn the determination of the Information Commissioner’s Office (ICO) which supported the council in not sharing specific commercial information about its historic investments under the investment strategy under section 43(2) of the Freedom of Information Act (FOIA). Thurrock Council is disappointed in that partial decision.

“However the council has welcomed the tribunal’s acknowledgement that despite their interim decision there is a strong argument to be made that for exemption under section 36 of the FOIA and that a final decision will not be made until that full argument has been considered.

“The initial exemption, upheld by the ICO, said that disclosure of information would be likely to prejudice the commercial interests of any individual, business or the local authority itself. It is the ICO’s decision to uphold this which has been the subject of the tribunal so far.

“The as yet untested exemption under section 36(2) of the FOIA maintains that disclosure of this specific information would create prejudice in the council being able to conduct public affairs.

“The approach and the delegated borrowing was approved by members on numerous occasions through budget processes, and the council recently again unanimously agreed its investment approach. Group leaders have been fully briefed on what it is doing and investing in.

“This has raised over £70m for Thurrock services over the last two years and £13.5 for other councils and emergency services pension funds in 2019/20, while also massively investing in green renewable energy and technology.”