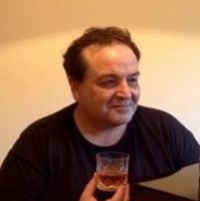 A journalist has been honoured for his work promoting the relationship between Scotland and Japan.

Jim Millar, business reporter at Dundee daily The Courier, will be presented with the award of the Taisho Star from the Order of the Scottish Samurai.

The Order, which is based on Japan’s Order of the Rising Sun, celebrates “those who excel and those who serve with distinction”.

Jim, pictured, has been chosen for his work promoting greater understanding between the two countries over the course of three decades.

Ronnie Watt, president of the Order of the Scottish Samurai, told The Courier: “Much of Mr Millar’s work has been behind the scenes but the fact he has been awarded two official certificates of commendation from the Japanese Government and been commissioned an honorary Colonel by the Governor of Kentucky speaks for itself.

“Mr Millar was instrumental in founding the first cross-party group on Japan in the Scottish Parliament and played a key role in bringing the Japanese national cricket team to Scotland in 2013.

“The strategy was hailed as a blueprint for local authorities in the UK who sought closer economic and cultural ties with Japan.”