Journalist who was working up to this month dies aged 79 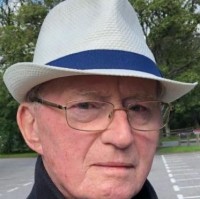 A journalist who was still working up until earlier this month has died aged 79.

Tributes have been paid to Jim Lawson, pictured, who was among the “best-known” journalists in the Highlands.

Among his many scoops was breaking the story of Madonna and Guy Ritchie’s intention to marry at Skibo Castle in 2000.

In 2014, he also revealed The Queen’s intervention in the Scottish independence debate.

Fellow journalist David Love told Aberdeen-based daily the Press & Journal: “The word legend is overused but Jimmy was a true legend of journalism.

“He was always smart and respectful, but he was also tenacious and could work on a story for days. He had an enviable contacts book and worked to the end, keeping in touch with people and writing stories.”

Jim started his journalistic career in 1959 aged 17 with the Dundee-based People’s Journal.

He later worked for the Daily Record, Sunday People and the News of the World.

After a three-year break when he worked in the offshore oil industry, he set up a freelance news agency from his home in Nairn around 30 years ago.

Jim lived with diabetes and throat cancer in recent years, but continued to work and was a regular visitor to Balmoral to cover royal visits.

According to the P&J, he had recently been working on a royal exclusive which he hoped to have published last weekend.

Jim is survived by his wife Betty, a son and daughter and grandchildren.